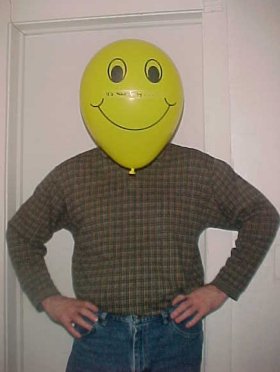 AS we pulled up to the house around 8 PM on Tuesday, S declared, “Hey! Someone took our parking space!” Then, with a smile that I did not notice at first, she added, “Oh, it’s Aunt C!” The gears of my brain jumped into overdrive. “What is my sister doing here at 8:00 on a school night?” J was not with us that night and my first thought was that something happened to him. But in a moment I noticed my nephews pouring out of Sister C’s van. I noticed her boyfriend and Baby B. As my mind was trying to piece this puzzle together, S and T shouted, “Surprise! It’s a birthday party for YOU!”

Well, I certainly was surprised! This is only the second time in my adult life that someone has thrown a surprise party for me. The last one was over ten years ago. And I will tell you that I remember feeling the same emotions then as I did this time. I felt both excited and somewhat imposed upon at the same time. You see, I am still just a “little boy.” So the whole “let’s have a party” idea just elates me! But, I am also a father, and a single one at that! So the daily schedule is tight, the workload is often overwhelming, and the time allotted for relaxation or even plain old sleep is minimal.

It was exactly at this point that I felt the imposition. I was so dead tired that day! H and M had been here for the weekend, which was an extended one because of the Presidents Day Holiday. I made the trip to Harrisburg to take Hand M back on Monday night, returning home at a heavy-eyed 10:30 PM. I walked through the day on Tuesday as a zombie. My eyes were blazing red. My head hurt. All I kept thinking was “Today is my birthday. All I want is to go home and sleep! That will be my present to myself!” But, alas, these hopes were dashed and swept away by the breaking shouts of “Surprise! Happy Birthday!”

But, since I am more of a kid than an adult, I thoroughly enjoyed this party once the initial shock passed! There were big, yellow, smiley face balloons on the wall. We had plenty of chips and soda to enjoy. And “brownie cake.” Poor S! The sweet girl went through all the trouble to arrange for this spur of the moment surprise party for me and we had nothing in the house to make a cake with! But we did have a Pillsbury brownie in a foil tray that only required some quick baking in the oven. So, S, being rather ingenious, popped that in the oven, baked it, covered it with candles and “Happy Birthday” and we all stuffed our faces! The digital camera was out and filling the room with flashes. Soon the balloons were covering our faces and we posed for pictures. Then I took the party up a notch by passing out whoopie cushions to the boys. The synthetic flatulations were flying! The great thing about a whoopie cushion is that you get the same auditory satisfaction as you do from an actual windbreaking without the offensive aroma! What a deal! It was so funny to see the boys grunting and groaning and scrunching there faces as if they were really in some kind of pain while they made the whoopie cushions squeeze out the most disgusting sounds. We all laughed until we almost cried! It’s good to be a kid!

SO, on February 20th, I turned thirty-something again. For the past few years I’ve been trying to get away with telling people that I am twenty-seven or twenty-eight. Each year I am finding that fewer people are willing to believe that. I am not sure if it is because of the thinning area on the top of my head (No it is not a “bald” spot! I am not “going bald.” I am just becoming increasingly “follicly challenged!”), or the lines near my eyes, or just the sheer mathematics involved in a twenty-seven-year-old man having a sixteen-year-old son. Whatever the reasons for their doubts, when people try to guess my age now, I am feeling more and more comfortable accepting thirty, thirty-one or even thirty-two as these ages now seem “young” from my current vantage point.

But I will tell you that “young” and “old” are more a state of mind than anything. Yes, truly the lines on your face will lengthen and deepen. Your bones will ache. Your memory may start to fade a little. Those physical changes will come. But that does not mean that you have to BE “old!” No way! I myself refuse to BE “old!” There is too much to see and do in this life. There is so much beauty to behold all around! There is so much to marvel at if we would just open our eyes! How much there is to accomplish and create in this life! There are flower gardens to be planted, poems to be written, letters to friends to be mailed, words of appreciation to be spoken, and jokes to be told! Oh God, let me die laughing! Let me die with pains in my belly from a good hearty chuckle! Let me die trying! Let me die loving! Let me die giving my all to something noble! Let me die with all of my heart! Let me die… But don’t let me BE “old.”

THIS birthday turned out to be a surprisingly good one. When I arrived at work there was a card from a friend on my keyboard. Another friend took me out to lunch. When we got back from lunch there was a big “Happy Birthday” banner over my desk. But my little S surpassed all of these things. I must say a big THANKS to her for all of her efforts to make me happy on my birthday! She had all the dishes washed, the kitchen floor scrubbed, the living room vacuumed. She even cleaned the windows! Talk about being caught by surprise! Quite a job for a 14-year-old! Now I will have to plan a good surprise for her upcoming party. Keep the whoopie cushions handy boys! More fun awaits us!

Published On: May 29, 2008
(Originally posted on the website Heron Flight) "To everything there is a season, and a time to every purpose under heaven: a time to be born..." "... and a time to die."

Published On: May 29, 2003
(Originally posted on the website Continuum...) Another scene from my desk... with a little bit of a modern art makeover... THE GUMBY and POKEY FISH PATROL Posted at 7:00 AM (EST)

Published On: May 29, 2001
(Originally posted on the website Continuum...) RAIN, rain, rain and more rain! It seemed like it was never going to end! I am not sure how many days in a row that it rained around here. The worst part was that it rained over the Memorial Day weekend. However, we did make it through most of the day Monday Continue Reading →