I’D RATHER HAVE ROOT CANAL! 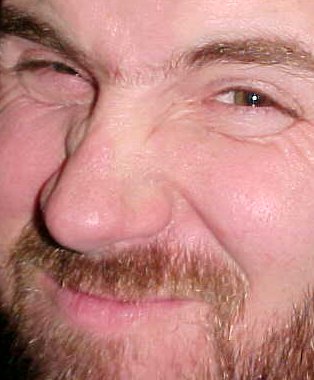 BEAR WITH ME while a rant for a while. Maybe you can relate to some of these things that really annoy me. They are not in any particular order. They are not ranked from least to most annoying. At any given time, any one of these irritations could easily shoot right to the top of the list as the most annoying of annoyances. It all depends on my mood, the alignment of the planets and the fewness of the hours of sleep I got the night before.

LET ME start with this. It annoys the heck out of me when there is a maniac on the road while I’m driving to work in the morning. I’m talking about the guy who is weaving back and forth between lanes, risking lives and making insurance companies nervous. He drives fast, but he doesn’t think to fast. All the while he’s cutting into this lane and then that, he’s really not gaining any ground! One minutes he is two cars ahead of me in my lane, the next he is one and a half behind me in the far lane. Then he’s right next to me in the middle lane. “Yo! Mr. Dale ‘Wannabe’ Earnhardt! Ease up! You’ve got way too much caffeine and a little too much Sunday afternoon NASCAR in your system!”

WHAT ABOUT whispering? Now that is annoying! I just cannot take it! Just talk! I especially cannot take it when someone whispers and there is really no need to be whispering! It’s one thing to whisper while in church, but to whisper when you are in a store or something like that is just annoying! And did you ever see some of those hunting shows on the weekends? I saw these two guys who were deer hunting. The whole program was full of whispering. To make it even more annoying, just after one of the guys on the program fired his rifle, they still continued to whisper! I mean you just fired off a gun that was as loud as a cannon! I think every buck in the forest knows where you are now. So stop whispering, numbnuts!

Another annoyance to me is watching golf on television. WHISPERING AGAIN!

PEOPLE who pick their noses and eat it annoy me! There used to be a girl in my eighth grade class that did that. Yuck! You know eating breakfast might help curb that habit. There was also a whole family that picked their noses and ate it in church when we used to go to Saint Joe’s as kids. We called them “The Nosepickers.” (What else?) It was never a good idea to sit too close to “The Nosepickers” because when it was time to “offer one another the sign of peace,” you just might get a piece that you didn’t bargain for, a piece of nostril cookie in the palm of your hand!

I’m sorry. That previous paragraph was gross. Did I annoy you?

SOMETHING else that annoys me is telemarketers, especially the ones trying to sell newspaper subscriptions. They sneak into my house through the telephone lines. They arrive without warning and always when they are unwanted, which is always! They spew out close to fifty words before I even finish saying hello. Even more annoying are the telemarketing calls that are only recordings. You answer the phone, “Hello?” 2.6666 seconds of dead silence. Then you hear the recording. Oh, it really gets me! The worst part about the situation is that no matter how hard I slam down the phone, I never attain the same satisfaction as when I slam it down on a human ear. Frustratingly annoying!

HERE IS a good one. It is so annoying, as a man, to have to buy “feminine products” for one’s spouse. Now, I currently do not have to worry about that. But several years ago while I was married, a certain X found herself in dire need of lady’s “things.” Guess who was sent to the store in a hurry? To my amazement I found an aisle of lady’s “things” that must have been four miles long! I was sent to get one particular brand of “things.” I immediately faced a moral dilemma upon entering that aisle. There were several ladies browsing among the “things.” How could they just browse right out in the open like that?? I did the honorable thing and pretended to browse the shelves of athlete’s foot cream and jock itch spray on the opposite side of the aisle until all of the women cleared out. Then I frantically paced back and forth, bobbing up and down like some kind of demented waterfowl, scanning the shelves for just the right “things.” On my way to check out I picked up a box of cereal just to cover the “things.” Wouldn’t you know it? The cashier was a teenage boy! As I paid him, he asked, “Do you want those ‘things’ in a bag?” I just leaned closer towards him and in a man-to-man sort of way replied, “Would you walk out of the store with those ‘things’ if they were not in a bag?” He bagged them without another word. I went on my way home and was greeted at the door with, “What took you so long?” Annoying! Absolutely annoying! I would rather have root canal than endure an experience like that again.

NOW, my friends, I have just discovered one last thing that annoys me. That is writing about the things that annoy me because now I am just really annoyed! I hope you are all happy!! I’ll be in the closet screaming. Don’t bug me!