THE OYSTER AND THE PERSONALITY TEST 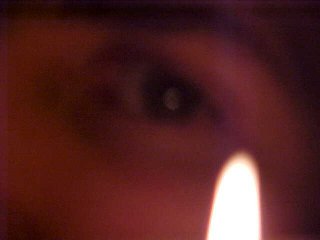 SO, tonight I found myself seated at the bar at Chili’s with Friend J when this “oyster” sitting next to me started talking about the unfairness of marijuana being illegal. “You never hear of anyone getting all nasty and crap when they smoke pot. It’s the ones who drink that get all out of control and beat people up and crap. Getting high just makes you all mellow and makes you think of really cool crap.” I figured it was safest to not argue with a pothead on a soapbox, so I kindly listened. The only thing I could figure was that he was a liberal Democratic “oyster” who was having a bad day because George W. Bush was being sworn into office today. He was probably from Florida, or maybe California. Anyone who has lived in California for any length of time is definitely an “oyster.” We had sat at the bar because there was a long line of people waiting for tables. By sitting there we avoided the aggravation of sitting among other “oysters” out in the tiny little vestibule of Chili’s and were able to order dinner right away. I guess that sitting next to this particular “oyster” at the bar was the price we had to pay for the convenience. But you know, where ever you go there are always “oysters” around you. I think half of them work for the government (CIA or IRS most likely) and the other half hold positions on public school boards.

ANYWAY… Friend J and I talked about normal things like wondering if we could find a Perl compiler to run on a desktop, using Telnet to find Perl errors when your script is on a server, the coolness of using Java rather than CGI scripts, just stuff that normal people talk about every day. Right?

We talked about how neither of us feel as old as we really are. Friend J said that he stopped celebrating his birthday after high school so that he never has to get any older. I think he’s on to something there! I think it’s working for him! I feel like I’m still a teenager too. My oldest kids are nearly passing me in maturity! They are teenagers and they think that I listen to my music too loud in the car. What is wrong with kids these days? And suddenly the soundtrack to my life kicks in:

I ran into my room and I fell down on my knees
Well, I thought that fifteen was gonna be a breeze
I picked up my guitar to blast away the clouds
But somebody in the next room yelled,
“You gotta turn that damn thing down!”

Yeah, the issues and struggles of life at 3x years old are different than they were at 15. But I still feel like the same “kid.” Help! I’m a teenager trapped in a man’s body!
WHEN we left Chili’s it was snowing pretty hard. But we didn’t worry because the weatherman said that it was not supposed to snow where we were. I guess if we could deny our ages we could deny the weather just as easily.

In the car we talked about this personality survey that we had to fill out at work recently. Formally it is called the “Myers-Briggs Type Indicator.” We had to answer this set of 131 questions in preparation for an upcoming team building workshop. Most of the questions could have been answered in different ways depending on how you looked at them or what mood you happened to be in at the moment. Most of them didn’t allow enough options to choose from. I found myself answering similar question very differently from page to page. I was wondering what all this would say about my personality in the end. What would Mr. Myers and Mr. Briggs determine my personality to be? How about this:

“A chronic sociopath with severe serial killer tendencies and a genetic pre-disposition favorable of spontaneous combustion.”

Wow! That sounds interesting! That would make me stand out in a crowd for sure! But what if the verdict is that I’m just normal? What if they classify me as “just like the next guy,” “average?” What if they come and label me as “permanent press”, “no special care needed,” “just wash with like colors and tumble dry on medium heat?” I don’t want to be status quo! I don’t want to be just another Tom, Dick or Harry. I want to be a Sven! After all, I’m not normal! I listen to “oysters!” Pot smoking “oysters!” Remember?
Well… Normal or not, at least I’m NOT an “oyster.”

Published On: October 30, 2013
(What is not funny is that the guy on the TV is a real tool (Menachem Tewel), a rabbi who is a child sex-abuser. May he rot in Heck. (That's Hebrew for Hell.) News story here: CBS New York)

Published On: October 30, 2013
Six years ago… on a distant blog, at a now distant location… I wrote this. I will be right upfront and tell you there is an "unseemly" misspelling in that old article. All words are not what they "seem." I could go back and edit that article, fix it all up, make it pretty. But... I'm too tired. The Continue Reading →

Published On: October 30, 2007
(Originally posted on the website Heron Flight) I cannot sleep. I tried and I tried. I read. I tossed and I turned. I stared at the clock and watched the amount of time I had left before work shrink and shrink. Then I got up, somewhere around 12:30 AM. “What did you do?” you ask. I re-potted plants. “What? Continue Reading →

Published On: October 30, 2007
(Originally posted on the website Heron Flight) Truth found on the internet... (courtesy of my brother)