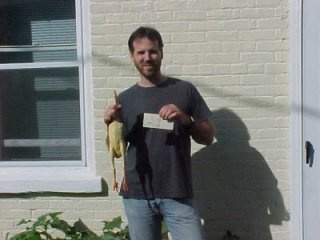 NEARLY a whole week has gone by since I posted my last entry. It is also a new month. My how time flies when you’re making fudge!

The past week was a busy week for me. I had some last minute, unexpected changes to make on a project at work. So I had to scurry and scramble to get it done. And, of course, things were as busy as ever with the children. S started attending a new high school part time. On her fourth day she was nominated as freshman class queen. Not bad! But for Dad this entailed a special trip to the mall and forking over of a bunch of dollars not originally planned for in this month’s budget. J needed a tetanus shot and routine blood work to check his seizure medication level. This meant a bunch of phone calls for Dad to make appointments and get the specialist’s order for blood work faxed over. T ended up puking in school last Friday! “Way to go, sport!” Since Dad was extremely busy at work, T’s unexpected upchucking caused upheaval for Dad. But, after a mess of phone calls, I was able to get my sister C to help me bring T home from school. The usual business of the week also continued: trips to the store, a trip to the laundry mat (which was put off for a few days again, but not as bad as the week before), dinners had to be prepared. One of the nights we had a “buffet.” We each got to eat whatever we wanted. This was easy to prepare: one mile to Taco Bell, another half mile to McDonalds and then Burger King on the way back home! Only in America! I wonder if the originator of McDonalds was a single father? I tell you, these fast food establishments have been a “blessing” when I have been pressed for time! Although, they do have a tendency to deflate one’s savings and inflate one’s waist!

Oh, I was in Wal-Mart on Sunday and I slipped and bought more of Mom’s music. This time it was “Tapestry” by Carole King. What an awesome recording! I know it’s the music Mom listened to. But I was under the influence of my migraine pills that day! So, I plead temporary insanity! Besides, my head hurt too much to listen to rock. I needed something mellow to make me feel better. (Oh yes, I could come up with many rationalizations for buying new music!)

Today we got so much snow! The kids were home from school and I was home from work. It snowed and snowed for hours and hours. I was able to get out and take some pictures around the neighborhood. You can see these HERE.

Oh yeah… we have no heat again today. The landlord has lots of excuses though!

Well that’s where I have been for the last week: life as usual.

SINCE there have been a few people that have discovered my Finkledorff websites and asked, “Who is Finkledorff? And WHAT is a Finkledorff anyway??”

To answer the first question, I AM Finkledorff! As to the second question, I do not know what a Finkledorff is and I am not sure where the name originated! Mom and I have a few “affectionate” terms for each other. It may have originated there. Of course, I can’t reveal to the whole world what some of those names are! And Mom won’t tell you either if you email her because she knows that I have some good black mail pictures of her that I can always post here!

However Finkledorff originated, it has become my “e-name.” I use it as my ID on several internet sites. I use it as my ID on eBay. I even had the crazy notion to create an online store called “Finkledorff Online Gifts and Crafts” on which I sell some of life’s basic necessities: rubber chickens, juggling balls, alien dolls, whoopie cushions. Hey, I can hook you up! The picture above is me holding the check from my very first sale. It was for a rubber chicken that sold on eBay for twice the amount that I purchased it at! I used the money to buy my neighbor’s back yard so that I could expand my rubber chicken ranch. (Oh, did I mention that I also sell bridges? Ya wanna buy one?) *Please note that this website has been discontinued.

Published On: August 14, 2009
(Originally posted on the website Heron Flight)