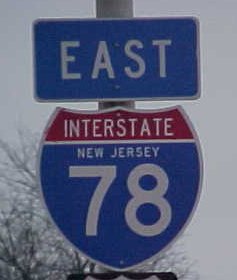 ON FRIDAY I left for work at 6:30 am. This is earlier than I normally do. But I needed to leave for home earlier than normal this day in order to take S to a hair styling appointment. She was going to the Valentine’s dance and wanted to have her hair looking just right. So I had to try to do everything an hour earlier. This meant setting the alarm clock for 4 am instead of 5 am so that I could be up by 5:15 instead of 6:15. Yes, it takes me an hour or so to finally realize that the irritating ringing that I hear is not coming from the bomb that I am frantically trying to diffuse in order to save the entire world – in a dream. But it is my unfeeling, uncaring alarm clock just doing its duty. Good thing it has a snooze button that is big enough for my clumsy fingers to find in my early morning stupor. Otherwise this poor clock would have been smashed to death long ago and I would still be asleep.

So I left for work nice and early. But I only drove about five miles and was confronted with three lanes of non-moving vehicles. There were bright red taillights as far as the eye could see. After only a few minutes the highway behind me was glowing white with headlights. I could almost hear all the groaning drivers behind me. Yes, there was another accident on Route 78. Welcome to New Jersey traffic! These accidents seem to be a daily event on this highway now. It’s starting to feel like the drive to work is some kind of roulette game. Who’s turn will it be next? We all speed, dodge between lanes and ride each other’s rear ends so close that we can feel each other’s breath on our necks. Until somebody’s number is up and the rest of us get pissed off because that somebody had the nerve to die on the highway and make us late for work. That is what happened on Friday. For more than 30 minutes we all crept along, not even moving fast enough for our speedometers to register our speed. By the end of those 30 minutes we had only traveled one mile. Then we all gawked at the accident as we stood with all of our weight on the accelerator and sped on our way again. 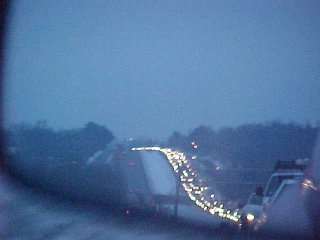 IT IS always a very eerie thing to see a fatal accident in the dim early morning light. It certainly appeared that this one was fatal too. The truck that I saw surrounded by flares on the side of the highway was so mangled that I highly doubt if anyone could have survived. When I see scenes like that I always start wondering what the person was like that died. Did he have a wife and kids? What did he have planned for that night after work? Would he and I have been friends if we had had the opportunity to meet in this life? Then I start wondering what would happen if I were the one who had been taken in a crash. What about the kids? What about the bills? Before I know it I am in the process of planning my own funeral and arranging everyone around my casket. At that point it is all too creepy and I usually turn up the radio nice and loud.

Sitting in New Jersey traffic and seeing such a tragic accident is no way to start a Friday, or any day for that matter. By the time I do get to work I am half spent and pretty frazzled already. But the rest of my day went fairly well. I was able to get S to her hair appointment on time. And she, as a true girl, hated the way the stylist did her hair and went home and changed it! She was then an hour late for the dance. But she had a good time.

SO to close this entry, I would like to share something that my Sister Ch sent to me.

YOU’RE A GENUINE NEW JERSEYAN IF YOU RECOGNIZE OR CAN RELATE TO AT LEAST TEN OF THESE:

(If you can’t smile at ANY of these, come on over and hang out in Jersey with me for a while. You’ll understand after a while.)

1. You don’t think of citrus when people mention “The Oranges.”
2. You’ve ordered a hard roll with butter for breakfast.
3. You’ve known the way to Seaside Heights since you were seven.
4. You’ve eaten at a diner at 3 am.
5. You remember that the “Two Guys” were from Harrison.
6. You know that the state isn’t one big oil refinery.
7. You know what a “jug handle” is.
8. You know that the state isn’t all farmland.
9. You know that there are no “beaches” in New Jersey there’s “The Shore,” and you know that the road to the shore is “The Parkway,” not “The Garden State Parkway”.
10. Even your school cafeteria made good Italian subs.
11. And you call it”sub” not a “submarine sandwich” or worse yet, a “hoagie” or a “hero.”
12. You know how to properly negotiate a Circle.
13. You knew that the last question had to do with driving.
14. You know that this is the only “New…” state that doesn’t require “New” to identify it (like, try …Mexico, …York, …Hampshire doesn’t work, does it?).
15. You only go to New York City for day trips, and you only call it “The City”.
16. You know that a “White Castle” is the name of BOTH a fast food chain AND a fast food sandwich.
17. You don’t think, “What exit” (do you live near?) is very funny.
18. You know that the real first “strip shopping center” in the country is Route 22.
19. You know that people from the 609 area code are “a little different.”
20. You live within 20 minutes of at least three different malls.
21. You can see the Manhattan skyline from some part of your town.
22. You refer to all highways and interstates by their numbers.
23. You’ve eaten a Boardwalk cheesesteak with vinegar fries.
24. You start planning for Memorial Day weekend in February.
25. And finally… You’ve never pumped your own gas.

No Posts Found On This Day