OF ASTRONAUTS AND MOUNTAIN CLIMBERS 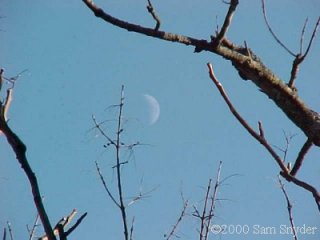 SO, I was walking out of a certain place around 8:15 tonight. Ahead of me were a woman who appeared to be close to 50, kind of plump with gray fuzzy hair, and her teenage daughter. The woman looked into the sky and remarked, “Oh look! There is Saturn! You can see it clearly tonight.” To which the daughter replied, “You need a life, mom!” I could not help but chuckle when I heard it. And I thought of how many times I have pointed to things in the sky and tried to get my teenagers to lift their gaze above their immediate surroundings for a few moments, only to receive similar comments as this woman did. All of these comments are listed in the official “How to Survive as a Teenager” manual under the section titled “What to do When Your Parents Confront You with Any Object/Concept of Beauty, Grandeur, Awe, Etc. or Anything Which Could Potentially Expand Your Intellect.”

I am one who has always been fascinated by anything space related. In fact, I still want to be an astronaut when I grow up. One of the most exciting places that I ever visited was Kennedy Space Center in Florida with my grandparents when I was a much younger kid. To see and touch those space capsules in which real astronauts really traveled in space, to see the place where so many rockets were launched was incredible. The bigness of the place was awe-inspiring for a kid like me. This awe has stayed with me all of my life. I love anything space related. I collect stamps with space themes. For hours I could watch documentaries on space explorations. One of my favorite movies is “Apollo 13” with Tom Hanks. (I will tell you a little secret. I get tears in my eyes at the end of that movie when the returning capsule finally appears in the sky and they splash down. But don’t let any of the other guys know. Okay?)

THERE was something special about being an American kid in 1969 and the several years that followed. We had heroes- real ones. We lived with pioneers- the kind who were willing to risk it all by sitting atop tons of steel and fuel in order to be propelled at incredible speeds through the sky, past the bonds of earth and into the threshold of the unexplored. These men were giants. We gathered in our homes and in our schools to watch them on television as they blasted off. We watched them floating weightless moments later. We watched breathlessly for days as they sped their way to the moon. And we were there when they stepped out upon the lunar surface for the first time and every time. We all wanted to be like them- pioneers, heroes, ASTRONAUTS!

It is just not the same today. So much is taken for granted. The Space Shuttle goes up and most of us are not even aware of it. We are shooting crews of people into space at great expense of steel, fuel, knowledge and courage. But most of us do not seem to notice it, especially our children. Maybe we need to make it mandatory that each generation has to make it to the moon by their own efforts. The former generation can instruct and guide them. But THEY have to get up the motivation, make the effort and get to the moon! If they do not do it, well, they do not get to be astronauts! Plain and simple! Get to the moon and back and you are one of us, kid! Or at least TRY! 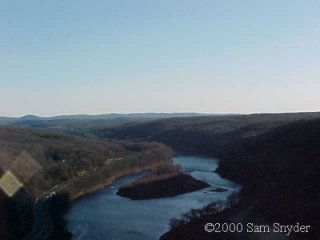 WHICH brings me to another point. (I think I just made some kind of point so this would be considered another.) Why is it that some people do not TRY? Why do they not make an effort? At least if you try you can say that you cannot do it. But more than likely you will find that you can do it, if you try. But some people do not even have a desire to do it. They are miles away from trying.

As for me, I want to be an astronaut! I will not be denied. I will climb all the mountains between here and the moon if I have to. That is what they are there for. How quickly the hardships of the climb seem almost trivial when I get to the top and take in the view! How close the moon is when I reach the mountain’s summit and gaze up into the open sky! With each successive hike I inch my way a little higher. And when I finally make it to the moon I will just start climbing the mountains there.

SO what am I saying in all of this? Am I just weird? No, I do not think so. You see it is all about perspective and attitude. Is a mountain an obstacle or a route to something higher, better and nobler? Should I resign myself to the acceptance that the mountain is bigger and stronger than I am or should I determine to beat the mountain and make it to the top even if I die trying? Should I let the mountain crush me into non-existence or should I fight, struggle, sweat, bleed or whatever it takes to conquer it, put my foot on its throat and laughingly declare, “Ha! I am the king of the hill!”

I wonder if these were the things that the mother was really pointing out to her daughter tonight. More power to her! All I know is that if she would have turned to ME and said, “Sir, look! There is Saturn!” I would have said with a grin, “Last one there is a rotten egg!” And off I would go!