MAY DAY! MAY DAY! 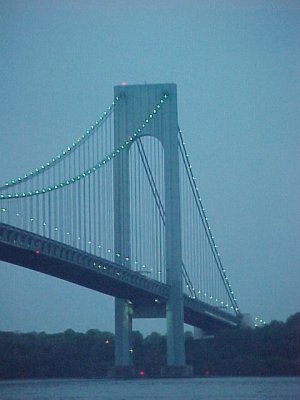 “EXCUSE ME, OFFICER. How can I get to the Manhattan Bridge?”

Of course I knew that I was in Brooklyn! When you get in the wrong lane and enter the Battery Tunnel against your will, you end up in Brooklyn! Like it or not! Plus you throw $3.50 out the window, quite literally, to pay the toll for going through the tunnel.

So, I thanked the nice officer, pulled ahead and paid my toll. Ahead of me were three roads with signs that each said something about Route 278. The one that I really needed was on the right but I could not get to it because there were barricades in the way. The one on the left led to the Verrazano Bridge and Staten Island. I already mistakenly got onto the Verrazano last Sunday, connived my way out of paying the toll and was allowed to return to Brooklyn. So, since the road to the right was inaccessible and the one on the left was obviously the wrong way, I chose Door Number 2 and went straight ahead. A lucky guess and a few left turns and I was on 278. Five minutes later I was back in Manhattan. Let me try again. 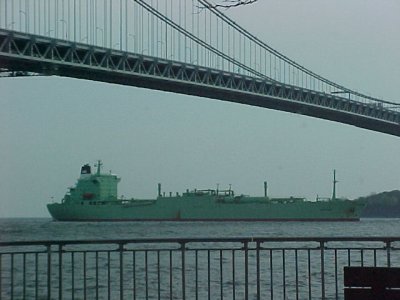 JF AND A FRIEND of ours were meeting with another man at a Wendy’s on Nassau Street, right near Ground Zero. While driving around trying to find a parking spot, I ended up too far downtown, got onto West Street to head back north, got stuck in the wrong lane and **POOF** I was in Brooklyn. Once I got back into Manhattan I tried again. Then I got stuck in traffic and heard on the radio that there was a demonstration on Broadway from Worth Street all the way down to Battery Park and traffic was not moving. I hopped off onto some side streets, swung back around to Canal Street, plowed my way through traffic down to Chinatown, careened my way down near the Seaport. There I met up with JF near Fulton and Water Street. I missed their whole meeting.

“You wouldn’t believe me if I told you!”

After looking like a fool on Sunday with the Verrazano episode, how could I tell her that I did it again and ended up in Brooklyn? I might be stupid sometimes, but not stupid enough to admit to a girl that I’ve been stupid! That would be really stupid and wimpy too! 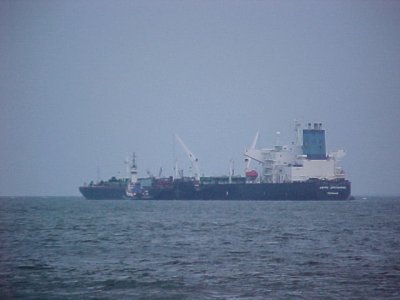 AFTER a dinner of oyster soup and a dish of vegetables with eggplant (which I couldn’t deal with), we went to check on the business cards that we were having printed. They were awful looking! The owner of the print shop, a Chinese lady, was not very pleasant. She was blasting JF in Chinese. JF was getting pretty upset. So, I stepped in. After all, I was wearing a tie again! I pointed out the deficiencies of the cards and calmly but forcefully informed this woman that I would not accept them. After some more debate and with the help of another Chinese friend the woman finally agreed to re-do the cards.

She said to me, “I’ll do it only for you because I like you!”

Such was May Day for me. Sure, it was a beautiful, sunny Wednesday afternoon. I was in the city to see JF. But for the first two hours I couldn’t get to her because of the parking situation which led to the unwanted tour of lower Manhattan and Brooklyn. However, the day ended well. We closed out the evening sitting in the car at one of our favorite spots near the Verrazano watching the ships come and go. It’s nice to find some peace in a busy city.