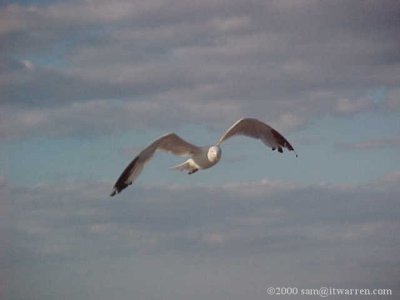 BACK IN TIME again. This nostalgic piece is being written while under the influence of Steely Dan. Who would have thought? When I was in high school it just was not cool to listen to Steely Dan! How could that boring stuff compare to something as deep and musically intricate as the amazingly broad spectrum of three chord symphonies produced by the likes of AC/DC? How could that lame music measure up to the culturally enhancing and magnanimous-thought evoking quality of the wholesome Alice Cooper? Tell me. How could Steely Dan ever hold a candle to the altruistic, not-for-profit, purely for the love of art, labor of love of the face-painted Kings In Selfless Service, KISS? My how perspectives change with a little time and experience! The rich keyboards, clean drums, smooth background vocals, quality lyrics, horns, percussion, worthy guitar work, I’ll take Steely Dan! Now they take me to times past through “Rikki Don’t Lose that Number.”

I am always impressed at the way in which a song, a sound, a smell or any one of innumerable stimuli has the ability to carry one back in time without warning. You might be in the midst of complicated work, or driving to the store, or watching a parade or eating a meal, when suddenly something causes you to remember days of long ago. A long closed and forgotten door in your subconscious is opened and you find yourself in fields of yesteryear.

How did “Rikki Don’t Lose that Number” place me in the backseat of my grandparent’s car in New Egypt, New Jersey on our way home from the Jersey Shore? Was it a hit song on the radio on one of those summer trips back in the early 1970s? Was it one of the many popular tunes that Sister C, Cousin B and I used to sing along with while we jumped on the bed in Pop and Gram’s spare bedroom? That room had a mirror on the wall and we would jump and sing and collapse in heaps of laughter upon the mattress. I remember that “Black Water” by the Doobie Brothers was one of our favorites. (“I’d like to hear some funky Dixie Land, pretty mama come and take me by the hand…”) But “Rikki?” I don’t remember that being one of our favorites. Oh, but I don’t want to “lose that number!” I don’t want to lose that connection with the past and those good memories! I’ll “send it off in a letter to myself” and to whoever wishes to read it. Maybe it will bring smiles from the past to someone’s face that has long forgotten how smile.

New Egypt, New Jersey is not a major town. I don’t remember any town at all actually. I remember flat Central Jersey farm fields. I remember the small racetrack there. Was it only for go-carts or was it for stock cars? I don’t remember. Pop would always travel the county roads through the New Jersey pines when we went to the shore. New Egypt is somewhere on one of those routes. Maybe it was the oddness to a child’s mind of a place called “Egypt” in New Jersey. Are there pyramids here too? Maybe just small ones brought over by the early Egyptian settlers who arrived in New Jersey around the time of the Dutch? Do the mummies come out at night and eat people in New Egypt? We never hung around long enough to find out. We were only passing through on our way to Sea Isle City, Cape May, Avalon, Atlantic City or Brigantine.

DO YOU KNOW the excitement of a North Jersey kid when he sees sand along the road on his trip to the shore? It’s comparable to seeing the first snow flurries of the winter, the first robin of spring, the first neighborhood house decorated with Christmas lights on the day after Thanksgiving. Somewhere around New Egypt we became alive again, mummies or no mummies. The lethargy was gone. Our nearly bursting bladders were forgotten. The air was fresh with salt and excitement. The sand was on the ground! The beach was just beyond the next incline in the road! Do I see the waves already? Or is that only the heat rising from the road?

There was another sign that we were almost to the shore. Along one of those county roads through the pines there was an ice cream stand. How we would look forward to arriving there! Pop was famous for near mental breaking long trips without many stops. Oh, but he loved ice cream and we could count on his stopping at this stand! By the time we would get there we would be ready for 10 feet tall ice cream cones! It was all very psychological. If we could just keep our sanity until we made it to that ice cream joint, we knew we would be refreshed and able to keep our minds for the rest of the journey. The excitement and sugar would carry us the rest of the way! What a second wind! 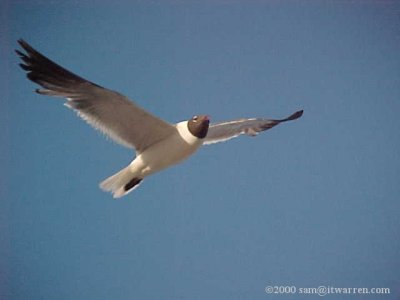 AT THE SHORE we would stay in campgrounds. Pop always had a trailer or a mobile home. When we were old enough, Cousin P and I had the honors of helping Pop hook up the water and sewer hoses when we got to the grounds. Other than that, our time was filled with fun. We would bring our bikes and ride the dirt lanes through the grounds and pretend we were one of several favorite stock car racers. We would spend our change on candy at the campground store. We would go to the game room and play air hockey while The Guess Who sang “American Woman” on the jukebox. Every evening we would take refuge in the trailer while the truck passed through and sprayed for mosquitoes. I’m sure they killed a lot of those critters and some of our brane shells. I mean shane brells. I mean brain cells. If it rained, we would play card games such as “Pig,” “Go Fish” and the interminable “War.”

We spent a lot of time at the beach. In my mind I will always have a vision of my grandfather walking painlessly barefoot over scorching sand, like a pale, bald, Irish firewalker, while his children’s children hooted and hopped among the broken shells and discarded cigarette butts in his wake. Mahatma O’Ghandi, leading a band of initiates yet to be trained in the art of endurance. Oh, the mercy of the ocean! Praise to the gods of water and relief!

In the evenings, the boardwalk was the attraction. We laid down our quarters. The wheels spun. The prizes were won now and then. We bought kites, saltwater taffy, t-shirts, key chains, polished seashells, magnets and more. We ate funnel cake, freshly roasted peanuts, candy apples, cotton candy.

In Atlantic City, we watched the horse dive at the Steel Pier. We had our pictures taken with Phyllis Diller and the Pope at the wax museum. We never failed to get a kick out of the Planter’s Peanut man at their store on the boardwalk. Gram purchased specially designed shoes in Atlantic City. Was the store called Sheldon’s?

At Cape May, we searched for Cape May “Diamonds” on the beach. We marveled at the half-sunken concrete ship. We watched Pop go crabbing and fishing in the bay. We gave up and finally bought the “diamonds” at one of the many sea shell shops.

At Brigantine, we stayed with the nuns, friends of Aunt E. There, Cousin P was the only one brave enough to see the movie “Jaws” in the theatre. How does one muster enough courage to watch a movie about a killer shark at night and then swim in the ocean the very next day? At Brigantine, I got one of the worst sunburns of my life. Somehow, I was severely burned on my hips. It hurt to wear my jeans at night. One night there were toads everywhere outside. Of course, we enjoyed catching them. Well, I only semi-enjoyed it. Bending over hurt too much due to the sunburn! I distinctly remember Cousin P telling me that I looked like an absolute idiot trying to catch toads by only squatting and not bending my waist.

One of the funniest things I ever saw happened at the shore. We spent the day on the beach and were ready to leave. We were tired and hungry standing outside of the car while Pop unlocked the doors. I remember that one of the girls had to pee. For crying out loud! You had a whole friggin’ ocean just yards away but you want to hold it until we find a bathroom??? Then it happened! Right down the back of someone’s neck! Sea gull poop! I was looking right at her, one of my cousins, when humor struck! She was standing next to a telephone pole and… “Bombs away!” Have you ever seen the way a young girl dances when she has gull crap on the back of her neck? I was delighted! When she yelled, “It’s not funny!” it became even funnier! When I said, “Ewww! Look at the shells in it!” she nearly killed me! Thank you, “Rikki,” for reminding me of gull shit!

ON AND ON I could go with these memories! As I play the Steely Dan song again, I am thankful that I didn’t “lose this number.” Hey, “Rikki,” you know who you are while you’re reading this. “Don’t lose that number!” Call it up. Remember those times from your past when you were a little more carefree and optimistic. Think of gull shit on your cousin’s neck and smile! “Send it off in a letter to yourself” and pass it on in order to inspire someone else. May the gull of paradise visit you all!