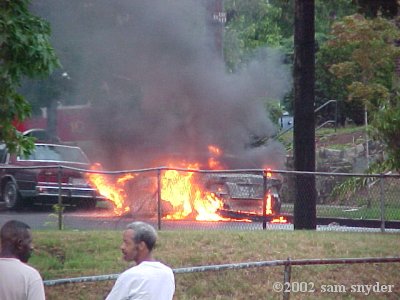 THERE are frustrations that often enter one’s life. We have to live with the fruits of our doings, the outworking of our poor decisions, the consequences… the bloody consequences. For what is the life of a human being so often? Is it not so much foolishness and weakness, rashness and selfishness, cruelty to others and to ourselves?

What of cruelty to others? Are we not all guilty to some degree and in varying frequencies? Who has not hurt another? Stand up and we shall all applaud you, adorn you with a pure white robe, and apply a medal of achievement to your chest until you bleed. This is how we honor one another.

Harsh words? Perhaps. I feel them. I feel the frustration. I live with it.

WHAT IS life as a single parent? Do YOU know?

It is all that mentioned above. It is feeling the results of poor decisions (perhaps). It is realizing that what you considered to be the best time of your life (perhaps) for a brief period of time was in truth plain foolishness. It is the swallowing of the rancid fruit of your own selfishness (perhaps). It is the embracing of the cruelty of another upon you (often).

Single parenthood is a stigma. It is a handicap. Recently, on NPR, I heard a report about the difficulty that those with physical and mental handicaps face in the job market. A paralyzed woman lamented that when she entered an office for an interview, the first thing the interviewer noticed was her chair. Her wheelchair. She said, “I wish that they would just see me for ME.” She complained that she was too often defined by her disability rather than by who she was as a person. It struck me that such is the case of a single parent.

“Look at that invalid in the wheelchair.”

“Look at the cripple.”

“Look at the retard.”

“Look at the divorced girl with a whole bunch of kids.” 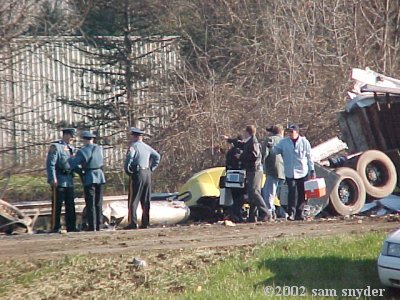 People are people. Dreams are dreams. Desires are desires. They still live within the heart of the single parent. But his hopes for their fulfillment are often crushed because others do not see HIM. They focus on his “chair.”

MANY of us were thrust into the role of single parent against our wishes and despite our most valiant efforts. We were handed the script and pushed onto the stage. There are no stunt doubles here. There is no intermission. The good guys do not always win. There is no curtain call and roses tossed at your feet as you take your bow. (You lower your head too much and it’s bound to get kicked in!) No, we have to live this script line by line and take our cues despite the din of the critics.

“Yes, my darling, for I never loved thee.”

“But, yes! Let me rip out thine heart while I kiss thee! Viva la betrayal!”

I am trying to describe what it is like from the perspective of one who has been through it, one who is in it. It is not easy. It is not pleasant. There is no manual, no roadmap. You just determine in your heart that, no matter what, you are not going to lay down and die. Against all hope you will believe in hope. When they kick you in the teeth, you will stand up and flash them your best smile. When they punch you in the stomach, you will still manage to wish them a nice day. When they malign your good name, you will hold your head up and walk on. Somehow. Some way. You won’t let them win.

But there are times when you want to throw in the towel. You can’t take anymore. You drop your arms to your side and pray that the next punch sends you into oblivion. What is the use in fighting anymore when it seems that your are pounding your head against a brick wall? The life that you imagined that you would have is so far away. The simple, peaceful life that you hoped for your children has been made complicated and chaotic. You learn to expect the opposition. If all seems well for a time, it is only because the other foot has not fallen. You will yet be squashed.

You see, the challenges a single parent faces are many-fold. There are financial challenges. Either the ex isn’t paying you as they should, or you are responsible to pay an exorbitant amount of money to your ex, often to the point that you face great difficult or even impossibility in living as an independent adult. There are logistic challenges. How do you get the kids to school on time, without forgetting any books or lunch money, and get yourself to your job with a sufficient level of composure? What happens when a child gets sick? Who has to leave their job (usually again) to pick the child up and get her to the doctor? Who has to scramble to make arrangements for the following day for the sick one? There are emotional challenges. How do you love and nurture your little ones when your heart is often broken and sometimes overwhelmed by loneliness? How do you persuade someone who you are attracted to to reach in among the thorns and touch the sweet smelling rose which is who you are? The frustrations abound. I offer no solutions here. I only point out the frustrations.

Well, maybe it’s just me. Maybe I just had a bad day. Maybe it’s not as bad as I make it out to be.

But how would YOU know?