NO MATTER WHAT… COME IN RUNNING 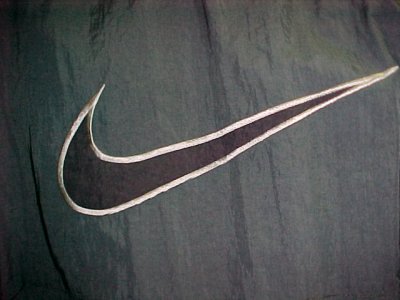 Go ahead. Get all the Forrest Gump jokes out of your system right now.

This is the hundredth-millionth time I’ve started running. I run for a period of time and then quit, for one reason or another. Maybe the reason has been lack of time. Maybe it has been an injury. Once I hurt both of my knees so badly that I could hardly walk for almost two weeks. Another time I got sharp shooting pains up the back of my head every time I ran. I know. They are not very good reasons for not continuing to run, or at least continuing to exercise in one manner or another. They are excuses. I have no great expectations of Olympic style success this time either. What I do have is a desire to enjoy running and lose some weight in the process.

WEIGHT LOSS is definitely a necessity at this point. Right now I tip the scale at a gargantuan 220 pounds. “Tip” the scale? It’s more like “buckle” the poor thing. I look fat. I feel fat. (“Do these jeans make my butt look big?”) Some physical activities are getting rather strenuous. Such as climbing a few flights of stairs from the parking garage to my cubicle at work. I went to speak to someone as soon as I got into the office this morning and she asked, “Are you okay? Why are you so out of breath?” Because I’m a big greasy lard-belly.

In some manner of fairness to myself, the truth is that I do not look tremendously bad. Being over six feet tall, there is more area for the lard to cover, giving the impression that I cannot possibly weigh 220 pounds. But the scale does not lie! (It doesn’t do anything after I got on it two days ago.)

BESIDES, the main issue is that I want to feel better. Better about my appearance and better about my physical stamina and abilities. I want to be able to get to my cube in the morning and be breathing at a level that allows me to say, “Hi,” to someone without it sounding like a wheeze. I want to regain the physical endurance that I had before, especially now that I am playing drums in a band again. (I know, I haven’t written about that yet. It may be news to some readers.) What does the average drummer look like? Skinny and tattooed, right? Sure, I’d like to feel comfortable enough about my looks to play with my shirt off and not have people wonder if that is the Michelin Man on drums. More importantly, I would like to build up the strength to play and play and play. This applies to other physical activities that I enjoy.

SO, why did I choose one of the coldest days of the year, below freezing, to start running again?

The girl who sits next to me at work runs nearly every day at lunchtime. She has often encouraged me to start running again. I always used one of my “reasons” why I couldn’t. After enough guilt from seeing her run consistently, and enough disgust at my own apathy in the matter, I told her I was going to start again. She recently had foot surgery. So, I told her that when her doctor tells her she can run again, I will start then. On Tuesday she said, “That’s it! Tomorrow is the day!”

I was ready. I even bought new sweatpants for the occasion. I was psyched!

She didn’t run. “Oh, I forgot my running clothes at home.”

RUNNING is 99% psychological and only 1% physical. It is a battle for mastery over your own mind and will. Both positive and negative thoughts enter your mind while you are running.

While I was running, my thoughts were all over. At first I felt so motivated to be running again. I was ready to conquer the world. A half mile down the road and I hated myself and wished a truck would come by and run me over. I imagined people saying things like, “Excuse me. What is that swooshie looking logo on your pullover jacket just above your jiggly belly? Is that a tusk icon for your clan, The Royal Order of the Pale Walrus?” Or someone else muttering, “Gee… Now I know where the inspiration came from for those song lyrics, ‘I feel the earth move under my feet.’”

My goal was to run two miles: one mile to the end of the road by the old grist mill and one mile back. In spite of the nonsense going on in my head, I made it to the mill and felt great at that point. On the return mile I was faced with some uphill sections. I was doing my best to play the psychological game with myself to keep going. About halfway back, for some mysterious reason, I stopped running and walked all of a sudden. My brain was saying, “You can do it! You can make it!” My legs were saying, “Stick it in your ear!” I walked about 20 yards and started running again. I was within a few hundred yards of our office building when I stopped again, walked another 20 yards.

At that point, my brain said to my legs, “Look… At least come in running. Don’t walk us in plain view of the building, especially on this side where all those people in the cafeteria will see us. Please don’t make us look like a chubby old quitter now. No matter what… come in running.”

I ran the rest of the way like a champ! Down the road and into the parking garage right beneath the big cafeteria windows. (Is that the theme song from “Rocky” playing in the background?) I did it! In the last section of the run, my focus was on the words, “come in running.” I said it to myself with each step. It worked. I won a small victory in the psychological game. The first run was complete. I was satisfied because I came in running. That is what runners do.