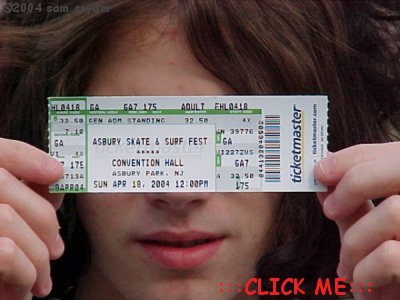 IF YOU have read anything at all on this website, you probably know that I’m a little bit into music.

Let me re-phrase that.

I am passionately into music.

So, it comes as no surprise to you to hear that I went to another concert this past weekend. My son, Tim, and I went to the Skate and Surf Festival in Asbury Park. The festival is a yearly three-day event. We bought tickets for just one of the days. We were actually so laid back about it when the day came that we didn’t leave our house until 4 PM. We saw two of the bands that performed on the main stage and then left.

The bands featured at the festival are primarily punk and ska. Over three days, close to 150 bands perform on five different stages. That’s a lot of music! That’s a lot of setting up and tearing down! That’s a lot of egos screaming into mics, thrashing guitars and pounding on drums!

I get a kick out of some of the creative names these bands come up with. Mugshot. Blind and Driving. Outsmarting Simon. Taking Back Sunday. Planes Mistaken for Stars. Boysetsfire. Monster Squad. One Line Drawing. Bear vs Shark. Slightly Stoopid. Bargain Music. Army of Freshmen. These are just several. (But my favorite band names are those of two local bands in our area: Lima Bean Riot and Steamroller Picnic.) 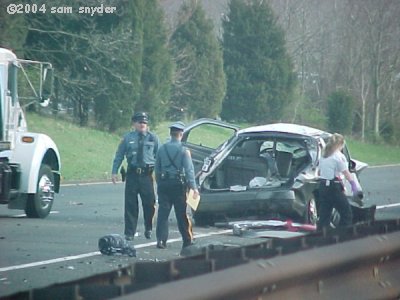 Asbury Park is 80 miles from our home. That’s not too bad. One of the nice things about New Jersey is that there is such a variety within driving distance of where we live. We can be in the city in an hour, the shore in an hour and a half. Then we can get back home to the country just as quickly. Nice.

On our way to the festival, we saw a bad accident on the Garden State Parkway. The express lanes were shut down. We were in the local lanes and they were barely moving. It looked like there was only two cars involved in the accident. That’s fairly amazing considering the way people tailgate in New Jersey. The one car in the accident looked like it rolled over. It was smashed up pretty badly, as you can see in the photo. The State Police brought a helicopter in to fly someone to the hospital. It is a creepy, creepy feeling to sit in traffic and hear a helicopter flying overhead. That is never, ever a good sign. It sure does make one think of his own mortality and the luck of the roulette game that is called driving in New Jersey.

The last time we went to see the Bouncing Souls at the Stone Pony in Asbury Park, we ran out of gas on the Parkway. Not this time. I was driving my own car and I made sure that I had plenty of gas before I left home. Other than the accident we witnessed, it was an uneventful trip.

Asbury Park is such a dead, collapsed town. Driving in on Asbury Avenue, it’s ironic to see “the face” near the old arcade. It laughs down upon the decomposition of a formerly exciting Jersey Shore town. Maybe it’s the significant rock music history of the town, or maybe it’s the curiosity of decay, that draws people. I feel it each time I go there. There is something about Asbury Park that gets inside of you and invites you. Maybe it only happens to New Jersey natives. I don’t know. 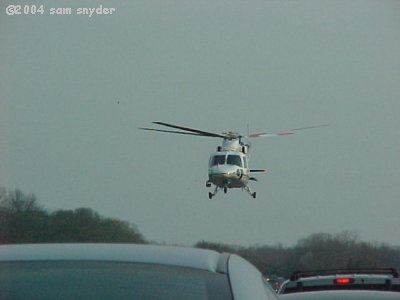 The main stage for the Skate and Surf Festival was inside the Convention Hall. Other stages were set up on the boardwalk and on the street outside of the Hall. Plus, a stage was set up inside the Hall, just outside of the main concert hall. It was a chilly day for the bands playing outside in the early spring wind blowing off of the ocean. The main concert hall was a great place for rock bands to play. But the other area inside the building was the worst for acoustics. The bands playing there sounded like plain old noise.

Upon entering the Convention Hall, we were searched by two admittedly cute female security workers. It is no exaggeration when I tell you that I was “groped” by one of them as she searched me. At first, I thought she was giving my upper body a massage. Then, with both hands, she gave my _ _ _ _ a firm squeeze. While I was yet incredulous about the squeezing, she ran her hands up my legs and, uh, grabbed my _ _ _ _ . I kid you not. Then she waved me by without a second look.

What? No cuddling afterwards? Shouldn’t one of us smoke a cigarette and ask, “how was it for you?” No?

I resisted the temptation to go out and get back in line and Tim and I went inside. We soon found ourselves in the midst of a sea of teenage dreadlocks, mini skirts, tattoos, piercings, low cut jeans, bangs hanging over boys’ eyes, naval jewelry shining below the hems of girls’ tight tank tops. All of it bound by the band merchants selling CDs, posters, t-shirts, wristbands, stickers. 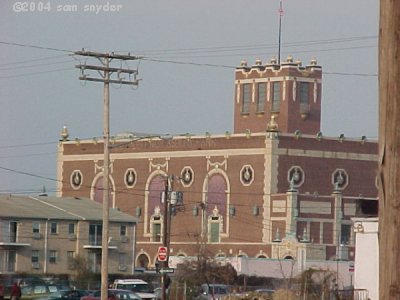 Needless to say, I, at 41 years of age, felt a little out of place. Though I felt somewhat cool because I could honestly say that I love most of the punk music just as much as any of the thousand or so adolescents who are still marvelling at their recently sprouted arm pit hair, my coolness was quickly defeated. As Tim and I came out of a door way into a crowded area, a 20 feet long banner was falling from above the door. It stopped long enough for Tim to get through. But as soon as I stepped beneath it, some brilliant security guard pulled on it and then yelled, “Move it!” Too late. I was nearly decapitated by the heavy plastic sign. My hat went flying. My balding head and I scrambled to pick it up, bent over amid hundreds of near perfect seventeen-year-old female asses. When I stood up, they all looked at me as if to say, “like totally gross!” The girls that is, not their asses.

You would think that the groping and the decapitation would have been enough. Nope. There were the portable toilets to be inflicted upon poor old me. Nasty. Nasty. Nasty! There is no other word for them. I will spare you the details. Trust me. They were nasty.

The two bands that Tim and I saw on the main stage, and really enjoyed, were Less Than Jake and the Bouncing Souls. Less Than Jake was a great band. They played punk/ska. They were full of energy. They looked like they were having so much fun on stage. Their sound was clear. The crowd loved them. And, of course, the Bouncing Souls are always a favorite in New Jersey. Although they didn’t sound as good as they did on Halloween at the Stone Pony (maybe it was just the sound system), they are the kind of Jersey band that we always love simply out of sheer pride and loyalty.

We left at 9:00, after the Souls played. There were two more bands to play. But Tim and I had our three hour punk rock fix. That would be enough to get us back home to our side of the state. The ride home was even more uneventful than our trip to the shore, other than being stuck at a McDonald’s for over 20 minutes waiting for chicken strips. That is certainly not as exciting as being groped at a concert. Although it is to be preferred above being decapitated in the midst of 200 teenage girls.

(This article is brought to you courtesy of the first four Led Zeppelin albums. Yes, that’s how long it took me to write it.)

Published On: October 25, 2008
(Originally posted on the website Heron Flight) The sport has a way of turning your world upside down. Practices at least three times a week. Games every weekend. (Five-year-olds need the intensity.) And poor communication to boot. Today we were halfway to the game that was 25 miles away when we got a call that it was canceled due Continue Reading →