Today was my first return to “Peroneus Brevis Hill,” as I now call the hill upon which I sprained my ankle badly while running at the Delaware Water Gap ten months ago.
There’s a picture of it to the left. It’s a bit steeper than it looks in the picture. It’s covered with loose gravel, shale, and other stones. (Click here to read a fascinating article on the geology of the Delaware Water Gap.) It was a wobbly stone that did me in last year. It may have been shale. It may have been sandstone. It was hard to get a good look at it while falling down the hill. I already wrote about that fall. You can read about it here. Right now I’m going to write about the path I’ve been down since injuring myself, some of what I’ve learned a long the way, and how good it felt to be running in the woods again.

Who is this one, Peroneus Brevis, of whom I speak? He sounds like a Roman of treacherous character, one who would betray and murder the emperor. 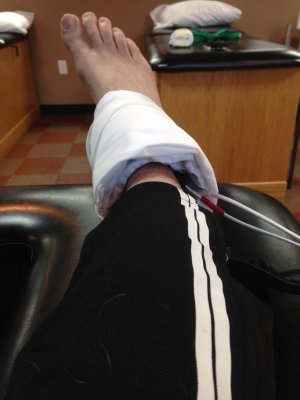 Mine betrayed me. It tore when my ankle rolled.

Here are a few ways in which I feel betrayed:

All that talk about Peroneus Brevis and his Brutus-like betrayal being said, the difference between me and Julius Caesar is that Caesar died. I on the other hand am starting to make a comeback. 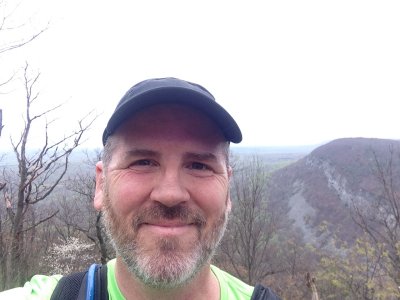 The thing that motivated me to get out the door early today, indeed to prepare my running clothes last night, was the thought that today the Hyner race was taking place and I could not be there, BUT I could make this the day of my return to my favorite training grounds. I was so excited last night that I had a hard time getting to sleep. It was like that nervous excitement like one gets the night before a big race. On my way to the Water Gap this morning, at mile marker 19.8 on I-80 west, where you get the first glimpse of the Gap, I felt that nervous excitement like butterflies in my stomach, something my wife refers to as “a wee in her belly.” There it was in the distance and I couldn’t wait to get there.

It was wonderful to be in the woods again! It was wonderful to plod my way up 1,100 feet of elevation. It was wonderful to feel the rocks under my feet. The first time I tweaked my ankle, which smarted not just a little, I remembered what my surgeon said when I saw him last month: “That tendon is healed up. It’s fixed. You can return to whatever activity you want. You have to build up strength in your ankle again. But no activity you do now is going to harm that tendon.” So I carefully and happily continued on. I went down Peroneus Brevis Hill as if my little injury never happened. By the time I got back to the parking lot I was feeling so good that I ran out to the bridge on I-80, across to Pennsylvania, and back, adding another 2.7 miles to the 3.3 I did on the mountain.

I still have a way to go in recovery and much farther to go in training. But I’m back in the game. And by that I mean I signed up for that same 50K I couldn’t manage last year. I’m hoping for a much better experience this year. 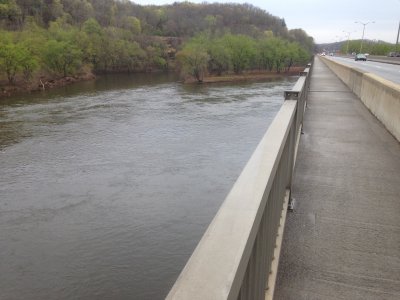