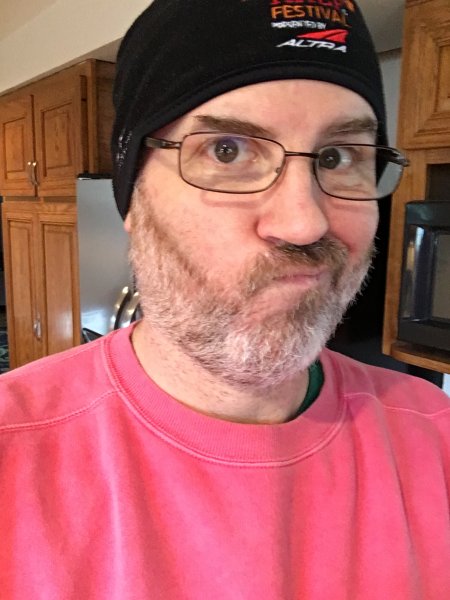 I’m doing the Running with the Devil race again this year. I’ve been concerned about not being ready for the heat of that race. Seeing as the race is held on ski slopes, there isn’t much shade to be found. I’ll have three hours to go up and down the slopes (a 3-mile course) as many times as I can. Last year, the sun was BLAZING. Not that the sun isn’t always blazing, but I felt like an ant under a magnifying lens out there last year.

In order to get acclimated to hotter weather, I decided to wear a heavy sweatshirt, sweatpants, and a warm hat while going about my business in the house without any air conditioning on. That’s not such a big deal right now while the temperatures have been in the 60s and 70s and we’ve had a lot of rainy days.

I felt pretty smart about my fashion decision for the day. That is until my wife saw me. She walked into the kitchen and said, “What’s with the hat? Trying to lose weight in your head?” No respect, I tell ya. No respect.