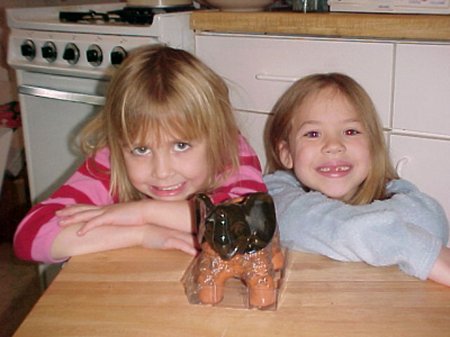 BACK IN THE SUMMER OF 2001 my little M begged and begged for a Chia Pet! What she really wanted was the Chia Head. I searched all over for one at that time. But I found none. As the mysteries of providence would have it, I was in Brooklyn one weekend with JF. I had to go into a store to pick something up. When I got in line to pay I saw it! There! Right there at the counter! A Chia!! The only one they had was the elephant. Good enough! It was almost Christmas and this would make M happy!

So, given the fact of the apparent Chia shortage in America, and the fact that you all entertain thoughts of Chia-envy (though you would never admit it) because you do not have your own Chia, I present THE DAILY CHIA for your aesthetic enjoyment and development. Check back daily for updates! 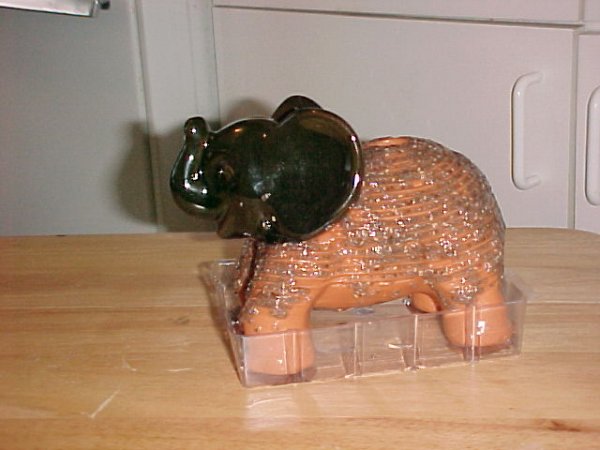 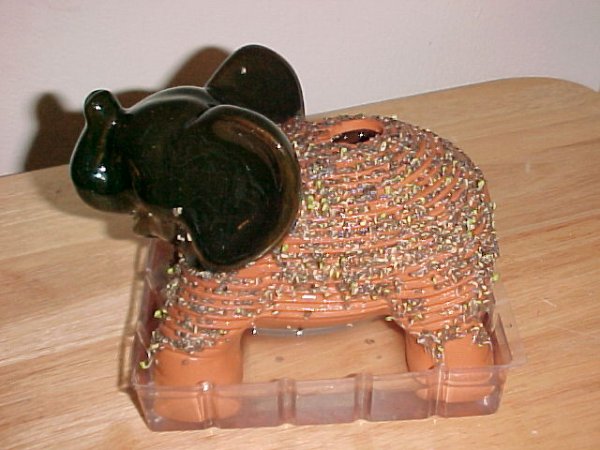 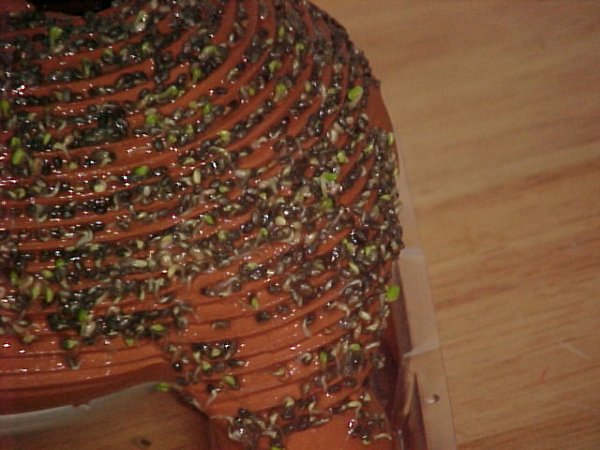 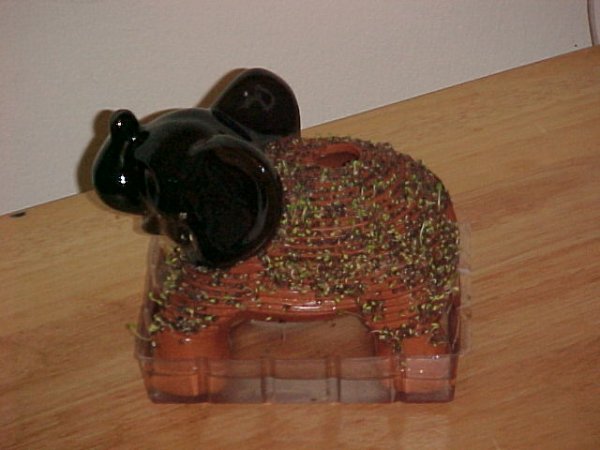 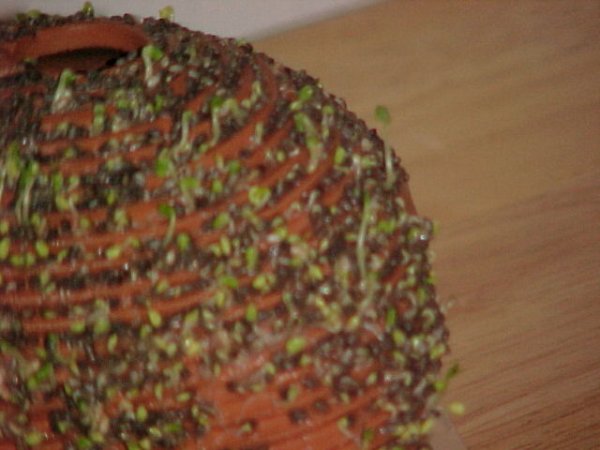 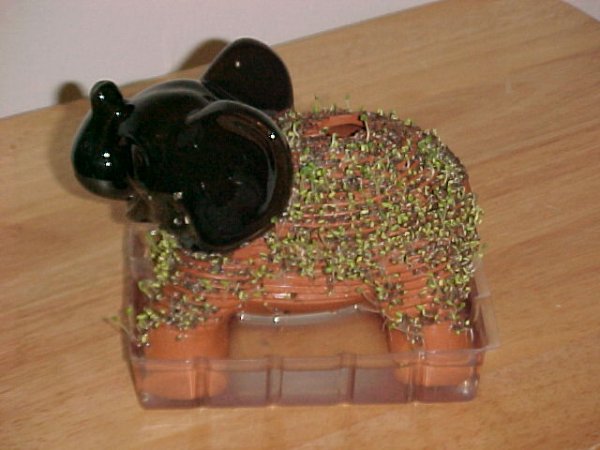 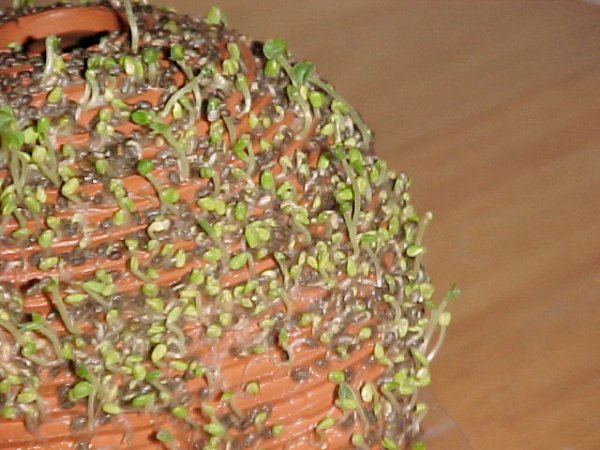 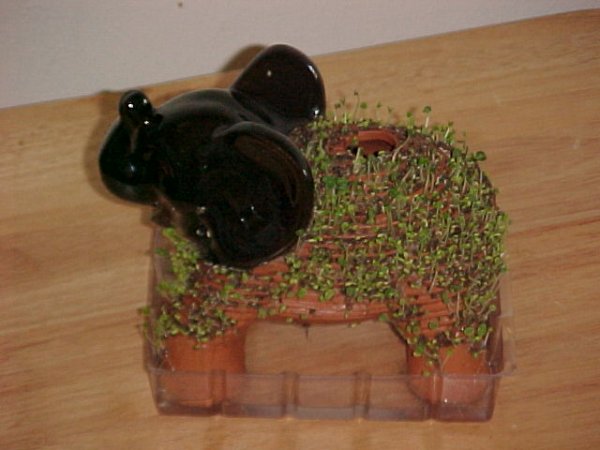 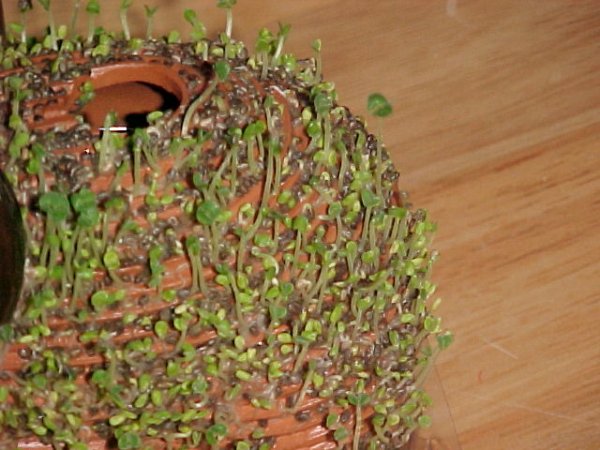 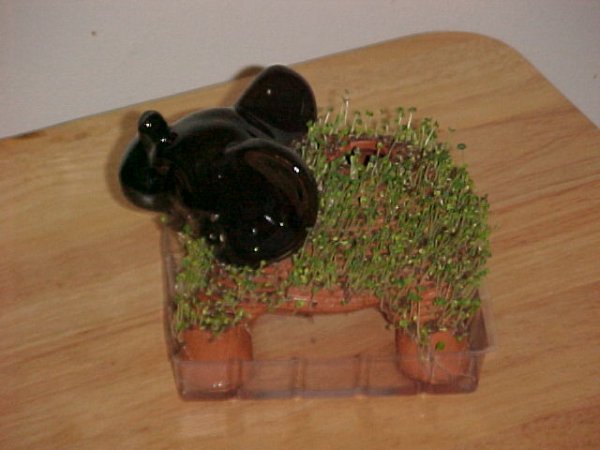 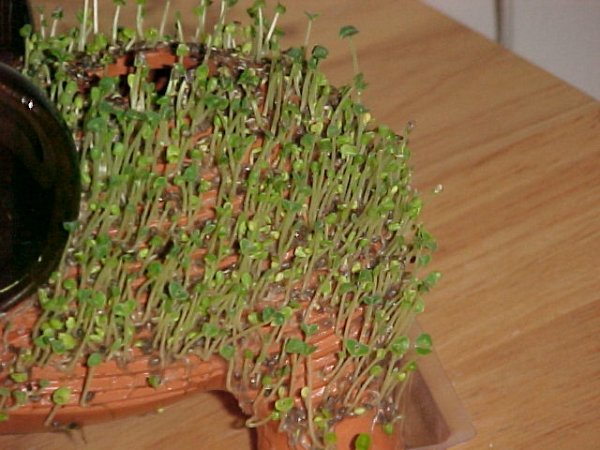 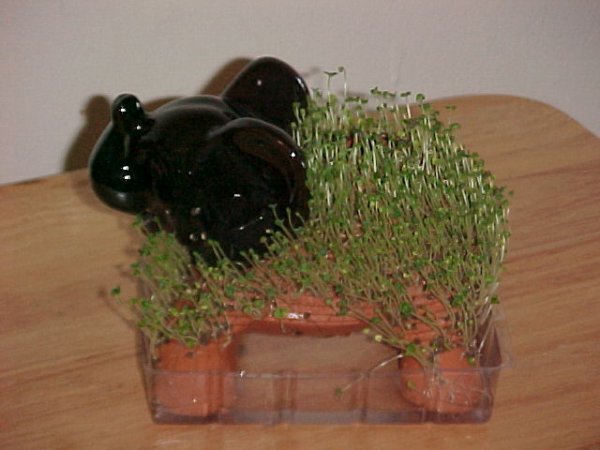 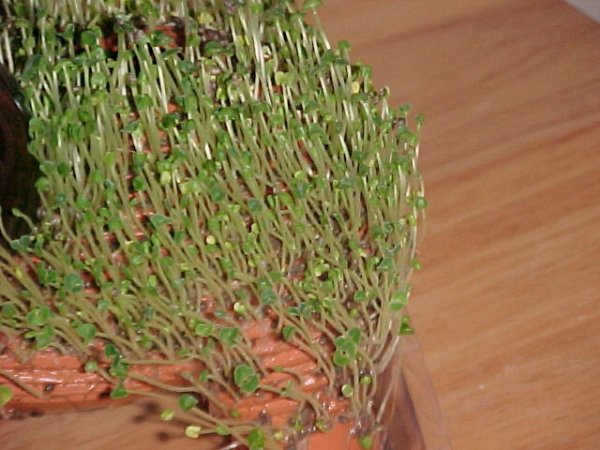 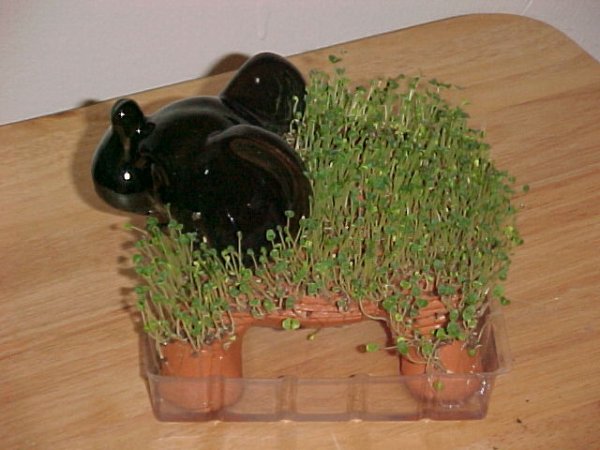 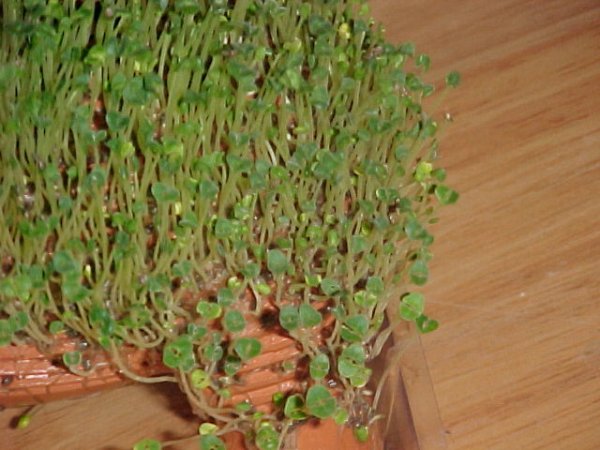 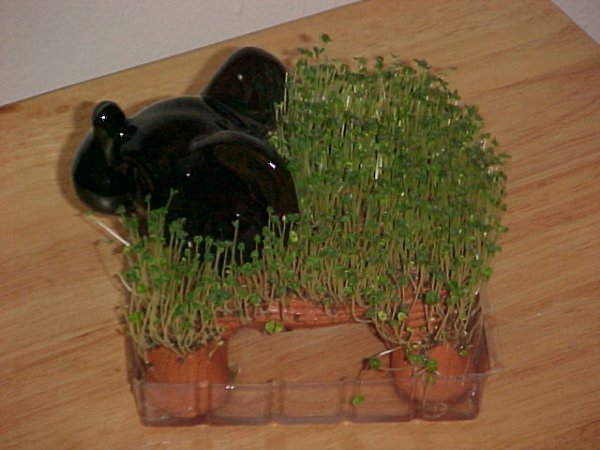 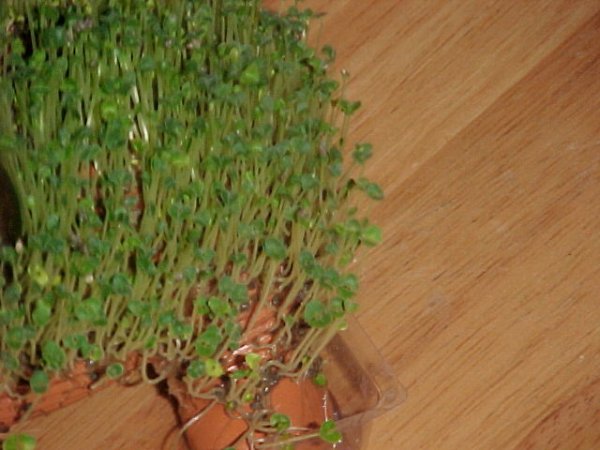 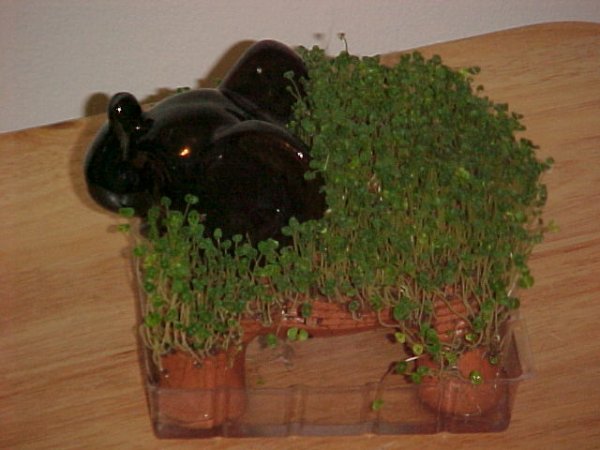 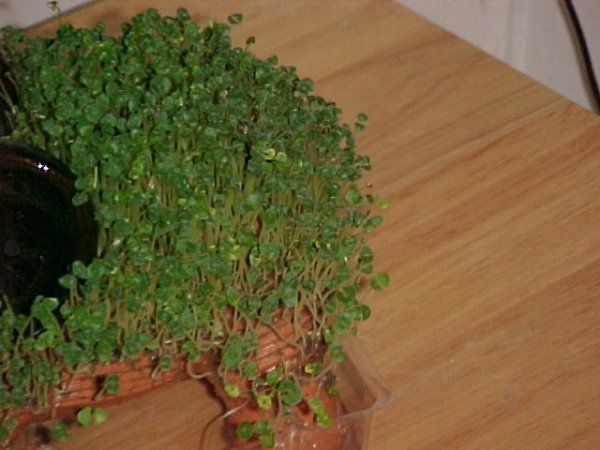 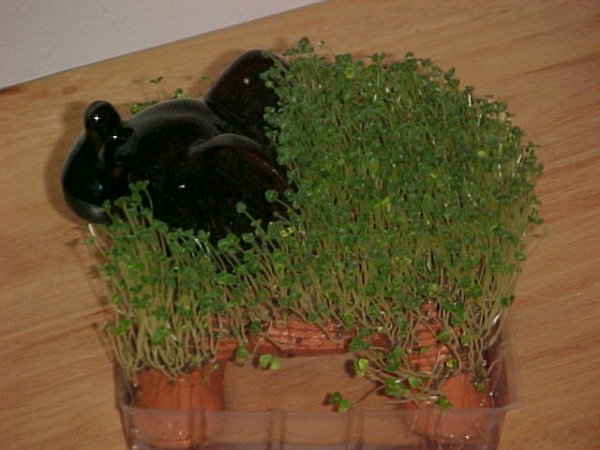 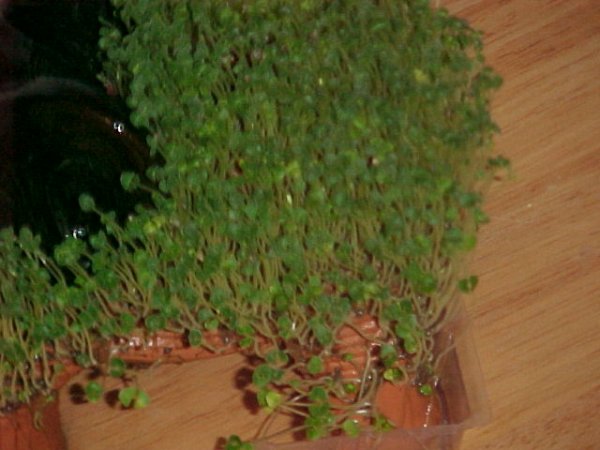 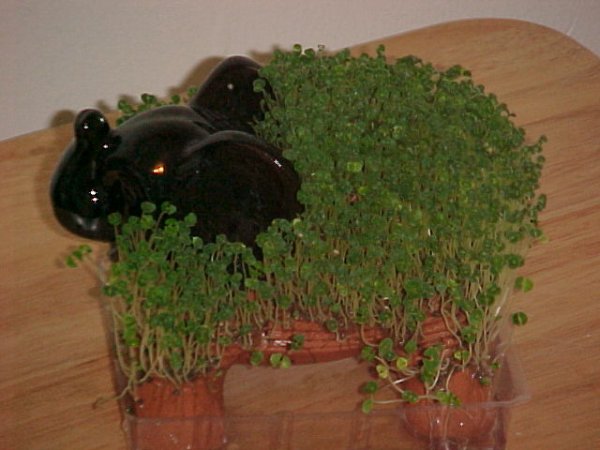 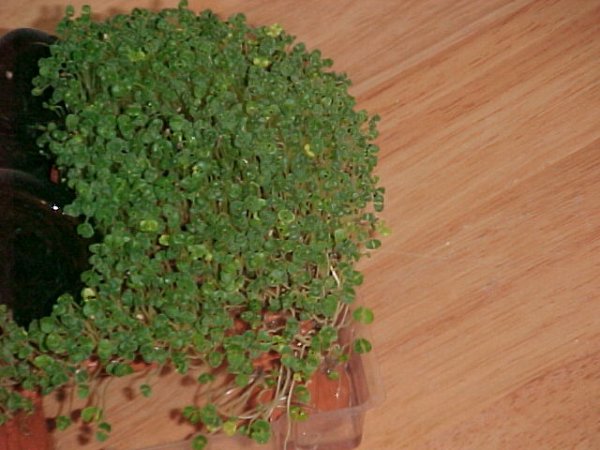 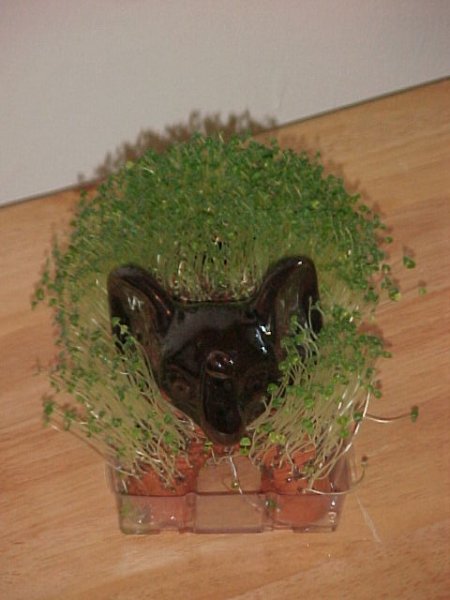