IF MY DAD HAD DIED WHEN I WAS YOUNG 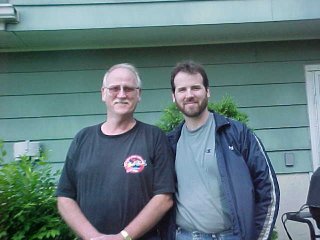 “MY DAD had died when I was young.”

Maybe the only easier aspect of my Dad dying when I was young would be the absence of painful memories brought about by my father’s shortcomings as a member of that infamous band of hoodlums known as humans. That’s the thing about dads: they are human. Humans fail. Humans sin. Humans are weak. I may not be an expert on dads. Yet, after being a dad for 17 years now, I think I have a little room to speak to what dads are. They are not super heroes (contrary to the belief of all toddlers). They are only men. Many are their shortcomings. Those who are honest with themselves know it. Those who are brave enough will admit it, especially to their children.

I KNOW that there are many men in this world who have made such an absolute mess of things that they do not even deserve to be called dads. I know that there are sons and daughters who carry about deep wounds, some of which are now bitter hardened scars, all because of their fathers’ neglect or abuse. Many are the nights when they have lain in bed and wished to God that their “dads” had died when they were young. I personally do not know how this feels. But my compassion goes out to those who know such pain. All I can say is please do not remain bitter, my friends- for your own sake especially. I do not know all of the answers. I do not know how to make all of those scars go away. But I do know that there is One who has suffered for all of the wrong doing in the world. I do know that there is healing in His sufferings. I do know that there is freedom to be found at the foot of His cross. I would not be a very good friend if I sent you anywhere else to look for relief.

THOUGH I mainly spent only weekends with my Dad growing up, I do have some good memories, memories that cause me to be thankful that my Dad is still alive at the age of 62. I remember my Dad teaching me to fish. One time when I was only seven or eight, we were fishing in a small stream near Warren Glen. Dad was teaching me how to cast. I was starting to get the hang of it. I was actually beginning to get my line in the water more often than in the trees. Then I cast the ultimate casts of all casts… and snagged Dad right in the… uh… shall we say, “buttocks?” Sorry, Dad! I remember when he put a basketball hoop up for me in the driveway. I remember jamming my thumb while he was playing with me. I even remember getting up before dawn to go on a trip to Canada when I was less than five years old. I remember eating breakfast with my Dad that morning. I ate puffed rice cereal. You know the stuff that has the taste and texture of lightweight Styrofoam.

CURRENTLY I am living on the same street that my parents lived on from the time I was born until I was five. This was not by design. It just happened that there was an available apartment here when I needed to rent one. But it sure does bring back a lot of memories when I drive by house number 15 just up the street! I remember swimming in my little kiddy pool in the yard and taking my bathing suit off. I remember taking boards off of the side of the front porch with my Dad’s hammer. I remember being determined to cut down the big maple tree in front of the house with his saw. I remember how he pulled me down the snow-covered street on a sled. And I remember how I wore my Dad’s work boots and dreamed of working for the electric company like my Dad.

Certainly life would have been different if my Dad had died when I was young. And certainly I would have never opted for the convenience of being without him just to avoid accepting that he was a fallible human. Certainly much more good has been added to my life by having my Dad alive for as long as I can remember.

FROM the sixth grade on through high school, my greatest love was playing the drums. I started out with a simple snare drum, joined the school band. Several months later, Dad came pulling up the driveway in a VW Bug stuffed with drums. My first drum set! Hours and hours and hours were spent banging on that set! When my freshman year of high school came, so did Dad with a bigger, better drum set. More hours. More calluses. Even bleeding fingers. Dad was in attendance at many concerts and band competitions. Thanks Dad!

THIS Memorial Day we had a cook out at Dad’s house. (He makes a pretty tasty burger!) Through the afternoon I had those moments when I could sense how brief life really is. I could see it passing before my eyes while the echoes of childhood were still clear in my ears. It was striking to me that my first memories of my Dad are of him as a younger man than I now am. Imagine that! In a certain way, I am now older than my Dad, older than the Dad who made an impression on my young mind. My how brief life is! In another blink of an eye, my son will be the one thinking such thoughts while I flip the burgers. Though life is brief, I want it to be deep. Then the burgers will taste better and my son will be satisfied.

SO that is the story. My Dad did NOT die when I was young. I hope that he is still alive when I reach the young age of 62. I just hope he doesn’t ask me to go fishing though. I have a feeling he is looking for some revenge. Still a little sore I guess! Well, he has a right to be. Raising kids can be a pain in the… uh… “buttocks?” Sometimes.