WHAT I SAW IN YOUR EYES 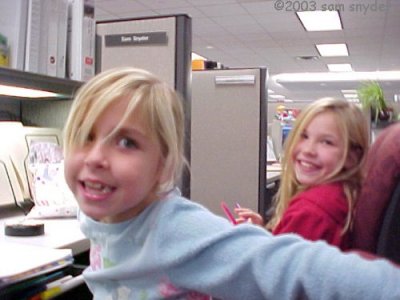 WERE THOSE tears gathering in your eyes?

We’ve known each other for several months now. In the beginning, we hit it off. I made a joke, so typical for me. You joked in return. What started off as formal on that morning quickly became personal. It was like we knew that our persons were compatible and agreed to dispense with the formalities without speaking about it. It was almost as if we were old friends reuniting. Except, we had just met. I am happy for that. It doesn’t “just happen” like that very often.

I will admit that there is the whole you-are-a-cute-girl and I-am-a-guy thing going on. There is an element of that, at least on my part. There is the cute thing that you do with your bottom lip when you pronounce certain words. I notice how certain colors that you wear accentuate the color of your eyelashes. It’s all rather primal.

No intentions though. I respect your involvement with someone else. Friendship is enough for me. I like you for you mind. Honestly.

What was going through your mind when you saw me with my daughters for the first time yesterday? I swore I saw tears in your eyes at one point. There was something different about you. Something I haven’t seen up until now. You didn’t say much. Yet, it was obvious that something was touched inside of you. At times when we talk, you don’t stay in the conversation for very long, or you seem to not be listening to my words. Yesterday, you were all there. If time and obligations would have allowed, I think you would have stayed with us all night.

I am guessing that I have graduated from being an abstraction in your mind. At times when we talk, and you ask, “So, how are things? How are the kids? How are things working out in that crazy situation called your life?” I have known that you truly did not comprehend my explanations. I have sometimes omitted details because I felt that you could not relate. Yesterday, you had the look of a witness on your face. There we were in living color. I, a man who is in a position of having to live many miles from two little ones that I love dearly. They, cute and bright as summer butterflies. We, three people who live with constant desires for each other. You saw us for the first time. You saw me.

Sometimes I have envied you. Your life has been peaceful. You have been in a good relationship for many years. The two of you were friends long before you were lovers. Your child is yet young and innocent.

At times I have felt like a sideshow when we have talked. “Step right up, folks! See the twice-divorced single-father-of-five fa-reak!” When you shook your head and said, “There is so much drama in your life!” I heard the circus music in the background and realized that you could not fully relate to much of what I live with.

Yesterday, I ceased to be a theory. Your eyes told me that you understood me in some measure. I knew you were searching for words. Even if you found them, they would have been redundant. I already knew what you were saying. What you communicated gave me a sense of validation. I became substantial. I will always remember how your eyes looked yesterday and what I saw in them. I saw proof of my existence. Thank you.