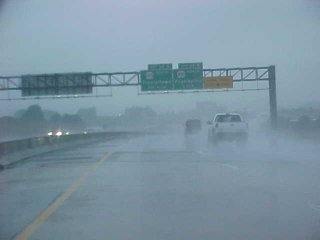 RAIN, rain, rain and more rain! It seemed like it was never going to end! I am not sure how many days in a row that it rained around here. The worst part was that it rained over the Memorial Day weekend. However, we did make it through most of the day Monday before a few showers swept through.

ON Saturday, I went to pick up H and M. It rained for all 200 miles of the trip. The drive is bad enough on sunny days. It was a stressful drive in all the rain. At times the rain was coming down in near blinding sheets. There were overly nervous drivers moving like snails, while maniacs swerved among them, seemingly oblivious to the pouring rain and the widening puddles. Of course, you have to appreciate the very thoughtful truck drivers who hop into the left lane to avoid one of the snails while starting up a hill. My little car gets tossed about in the draft behind those trucks and it is impossible to see with all of the rain that blows behind them. Usually without fail, when I am stuck behind one of those trucks, one of the maniacs will come flying up out of the mist behind me and ride my bumper, crazed look in their eyes and drool on their chins. We need four lanes on all highways: one for maniacs, one for trucks, one for snails and one for ME! 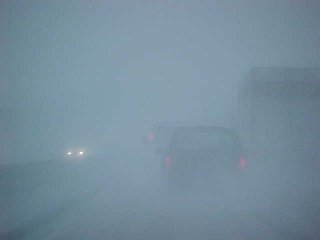 Other than the stressfulness, the ride to get H and M was uneventful. In fact, I did not even put the radio on. It was a more thoughtful, reflective ride. But now I cannot remember what I was reflecting on! Saturday morning was too much rain and too many miles ago.

When I arrived at our meeting point on Saturday, exactly 9:00, the designated meeting time, X.2 and the girls were not there yet. Can you say, “Barnes and Nobles?” Yup! That is exactly where I headed. The store had just opened their doors and my bursting bladder and I were so grateful! That large coffee that I started drinking 200 miles earlier was just begging for release. I was happy to oblige and made a beeline to the men’s room at the bookstore. Since I did not have much time I surveyed the bargain books. Nothing good there. Then I checked out the literature journals. Lost track of time there. Snagged the June issue of Poetry magazine and another magazine called Poets and Writers. Quickly drove to the other side of the parking lot to our designated meeting place to find X.2 waiting there. It was 9:30. Oops! X.2 said, “The girls really need to use a bathroom but this place is not opened yet.” I, feigning innocence, said, “Gee… I think that Barnes and Nobles might be open. They have a bathroom.” I waited in the car while they went in. But I could hear a few authors calling me from the science fiction section. I think I definitely heard David Eddings calling. I have not read him in several years.

The ride back with the girls was fun as usual. There were a few knock knock jokes and plenty of little girl chatter from the back seat. Daddy has to be kept up to date concerning who his seven-year-old has a crush on! 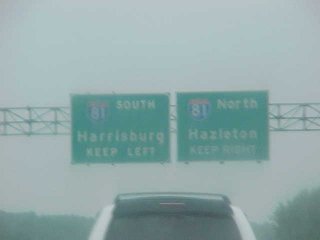 THE GIRLS and I spent the day at Mom’s house. It rained all day. So we watched television, made some pudding, ordered Chinese food. Ah! Spicy shrimp in garlic sauce! Yummy! That dish certainly kills your breath, but your taste buds are dancing as your breath is dying! It is definitely not something you want to eat if you are a single guy hoping to meet a nice girl. But if you are just hanging out at mom’s on a rainy Saturday, what do you have to lose? Chow down!

SO, on Sunday, we all slept in a little bit. Friend F came over with Mom and Stepfather to fix our printer. We recently purchased a printer. It worked for two days. It did not work for three days. It worked again for one day. Then is simply refused to work at all. But Friend F is the master! He can make it go. He works on computers just the way he works on cars. He gets in there under the hood, tinkers around a bit, rips out parts that have important sounding names while grinning and saying, “Heck, you don’t need that!”, prompts a cold sweat on your forehead, and before you know it the engine is purring like a kitten! And he doesn’t even get his hands greasy! So the rest of the day Sunday I spent printing out the entries on CONTINUUM… for a friend who does not have access to the internet right now. (I know you are thinking “Wow! What a great gift idea!” Right?) The rain actually cleared up later in the afternoon after a few good thunderstorms. So I went outside with H and M for a while before it got dark. They were putting on little one-person plays in the backyard. M did a short puppet show with no puppets, just her fists. H retold the story of Rumplestiltskin, adding her own slant. Then they each sang a song to end the show. All in all it was a rather relaxing day. 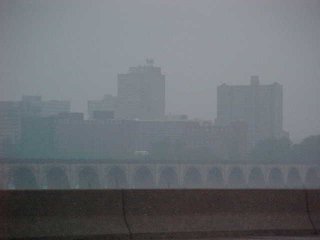 ON Monday we went to my Dad’s house for a cook out. Sister C and family were there also. It only rained for a short time. Then the sun was out and the kids were able to play in the yard. Dad cooked up some good burgers and dogs on the grill. It was a nice time. However, I could only stay about three hours because I had to make the all exciting trip to take H and M home at 4 in the afternoon. We actually didn’t leave until 4:40. Traffic was a little heavy. But there was no rain. We ended up getting to the meeting place about 30 minutes late. Oops again!

S volunteered to go along for the ride with me this time. I was slightly nervous to be trapped in a Toyota with a 14-year-old girl for four hours. But we ended up having a good time. We had some meaningful conversation and, of course, a whole lot of meaningless, mindless, let your hair blow in the wind with the car windows down kind of fun too, especially after we dropped off H and M. We sang and laughed and danced (only from the waist up while driving) to everything from country to blues to rock to disco. The radio was blaring. Her hair was blowing all over the place in the wind. Mine just sort of shifted direction every now and then and ended up looking strikingly similar to the pillow doo that I usually wake up with in the morning. (Scary thought, huh?)

After taking the girls home on Monday, I was eager to get some rest. S and I made a quick run to Wal-Mart before they closed at 10 PM. I stocked up on some vitamins. She got hair dye. I bought a binder to put my printed CONTINUUM… in to mail to my friend. She got hair spray. I looked for a new battery for my digital camera. She got some other hair junk to make her hair do what God never intended for it to do. I just shook my head. Wal-Mart closed. We went home, finally. 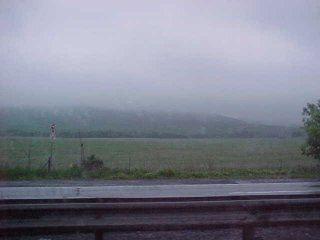 AND now it is 1:00 AM, Tuesday morning. I did try to go to sleep at 10:30 PM. It just was not happening. So I booted up the PC, wrote an entry, tweaked a few pictures and now I am about to slam it all up on the web for the whole world to see. My blood shot eyes and I will greet some of you in the office in not too many hours from now. Just as long as there is coffee in the building it should be safe to be near me. AFTER the coffee people! AFTER the coffee!