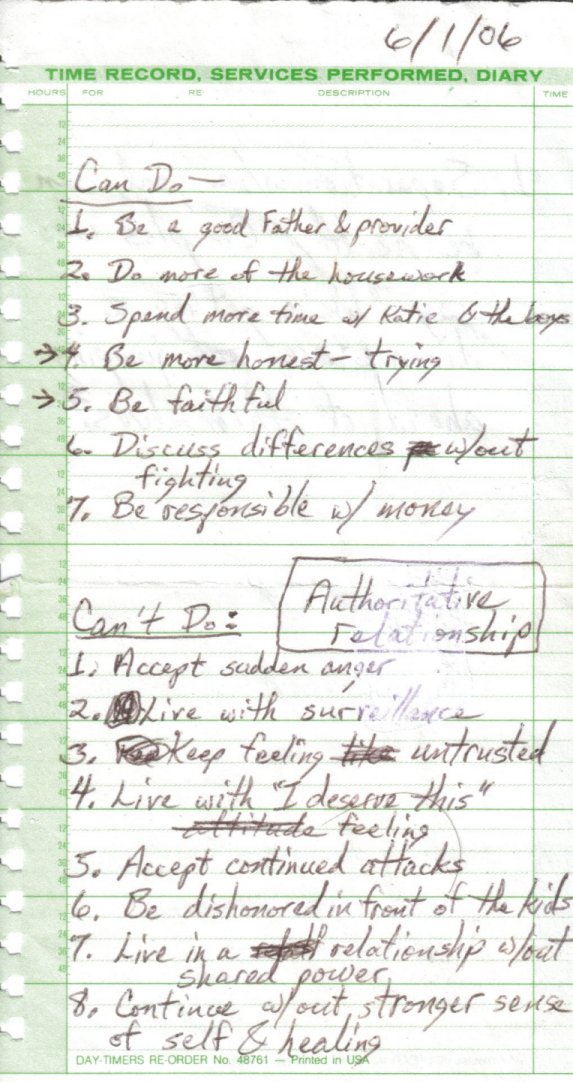 Now I am curious. Was this fellow able to work things out? Why are there arrows by #4 and #5 on the “Can Do” list? Why is he “trying” to be honest? Why is that a struggle? Did he previously fail at being faithful?

And what’s up with Katie? What’s with the “sudden anger?” Is she really that authoritative? Why is she attacking him and dishonoring him in front of the children? What kind of surveillance? Cameras? Phone tapping? Web cams in the house? Is she really this much of a bitch? Or has she been hurt because he didn’t try hard enough at being honest and faithful in the past?

I wonder if he thought of the quote on page two himself or if his therapist said it. I wonder if he and Katie took it to heart and gave it their best effort? 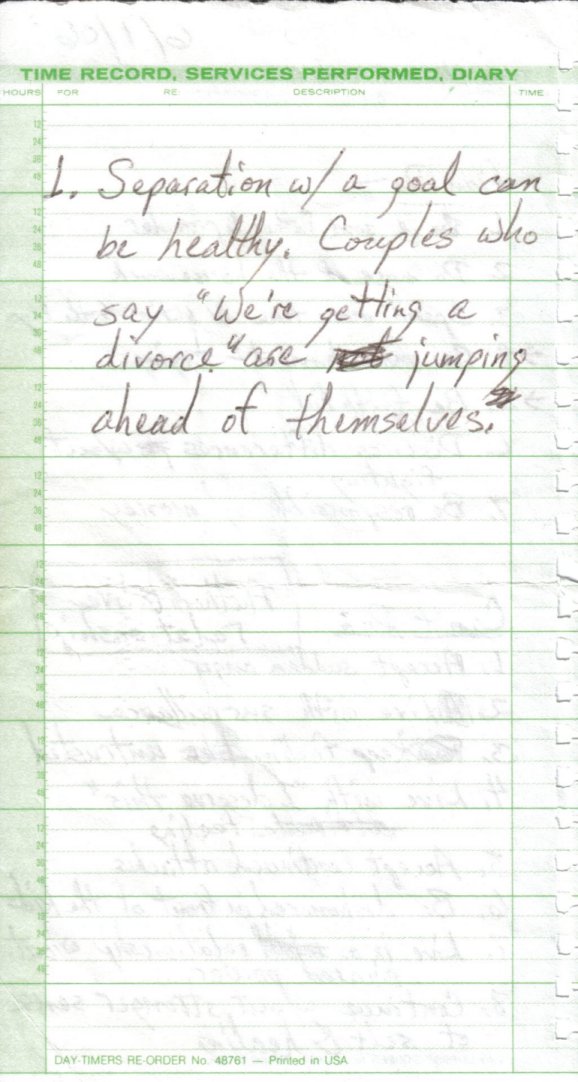