We got several inches of snow last night. So much that I worked from home. That’s the only drawback about having your company issue you a laptop… no snow days! But working at home has its benefits, including the freedom to work in your underwear.

Mid-afternoon I went outside to shovel the sidewalk before the sun started going down and the air became colder. I put on a light jacket, slipped my iPod into my pocket, and grabbed the snow shovel I shoveled the snow from the front steps. It was heavy, very wet. Just right to… 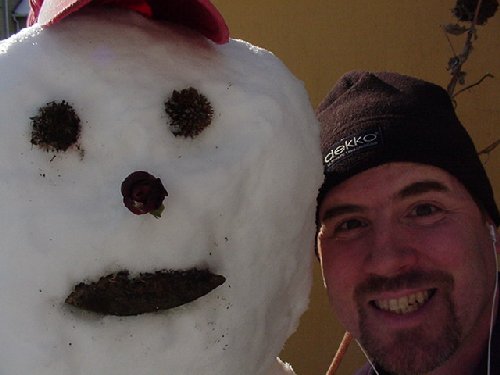 Now, we have no front lawn. We have two concrete patio-like areas bordered by a low brick wall along the sidewalk. The backyard was already in shade. The snow was too cold to use for a snow man. So, I had to build him in the driveway. Of course, I couldn’t leave him there. So, I built each section and carried it over to the front of the house. He was one fat-assed snowman! Let me tell you! That boy’s bottom was heavy! 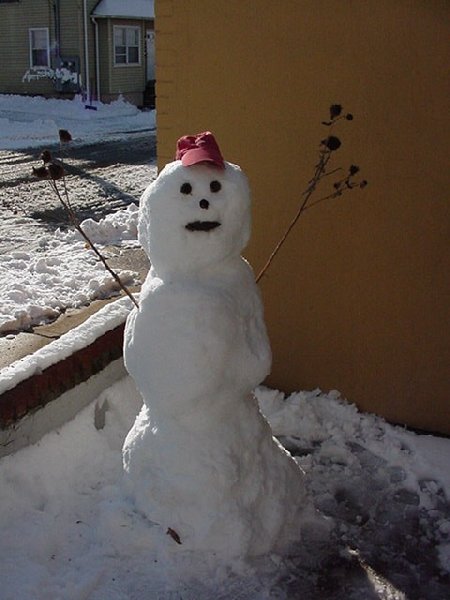 I used dried sunflowers for his eyes and sunflower stalks for his arms. I gave him a red rose bud nose, perfect on a cold day. His mouth was a piece of wood I found in the backyard, not a very nice smile. But Mr. Rosebudnose was still a nice guy. I topped him off with my favorite red hat to match his nose. 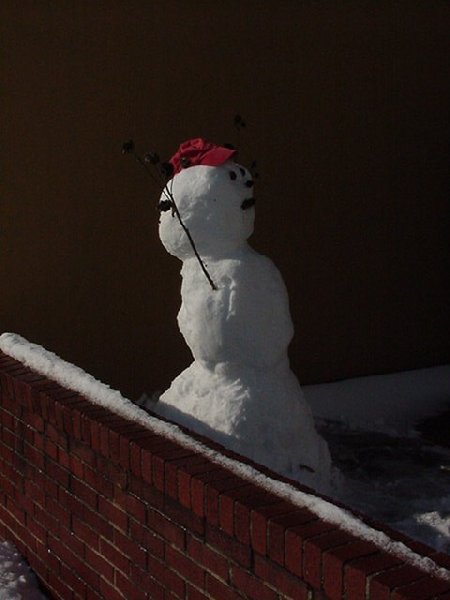 As is true with most snowmen, Mr. Rosebudnose had a bad back. This is because, like the rest of his kind, he had no spine, being made of snow and all. This led to his downfall. Literally. 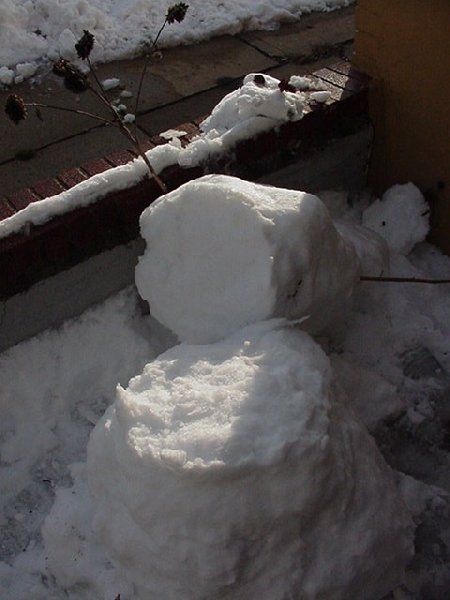 The poor fellow fell backwards and smashed his head on the brick wall! When I went outside to finish shoveling, his face was on the wall, his little rose bud nose sticking up. What a tragedy! 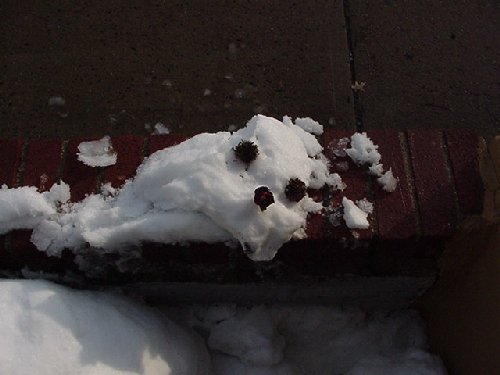 Mr. Rosebudnose did not live his short, one-hour life in vain. He brought happiness to Arissa, who has been very sick since Tuesday. Since she couldn’t go out and play in the snow, I built a snowman to surprise her. I almost broke my own back in the process. But at least I didn’t leave my face smashed on the wall! I was happy to cheer Arissa a little. Thanks Mr. Rosebudnose! I couldn’t have done it without you!