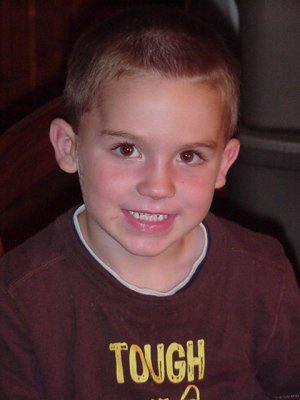 This is a story about my grandson, told in the format of letters between his teacher and myself.

Given that he is only five years old, his real identity is being protected. (I don’t want celebrity to go to his head so soon.) I will refer to him as “The Little Guy.”

Since your class just learned about fire safety and using 9-1-1, I thought I would tell you about an emergency situation that The Little Guy recently experienced and handling amazingly well. He was too shy to tell you in class last week.

The Little Guy’s dad has epilepsy. He is on medication that usually controls his seizures very well. But every once in a great while, he may have a seizure. Usually they are mild.

The Little Guy has seen his father go through a seizure. It is definitely a scary thing to witness, especially for a child. Several months ago, The Little Guy noticed his dad going into a seizure and thought quickly to run downstairs and get me. He then helped me with making his dad comfortable.

On Saturday, October 4, there was a festival in the town next to ours. A friend of mine was playing at 8 PM. So, I decided to go watch for an hour. I ate dinner with The Little Guy and his dad. Everything was fine. So, I told them I would be back soon. It always makes me nervous to leave The Little Guy’s dad because we just never know when a seizure could happen. But I wasn’t going far and wasn’t going to be long. So, I drove over to the festival.

About an hour later, I missed a call from The Little Guy’s dad. I tried to call back several times and got no answer. Finally, The Little Guy answered and with a nervous voice asked, “When are you coming home? Daddy is having a seizure.” I told him I would be right there and he said, “Okay,” and hung up.

I ran to my car, away from the noise of the music, and called The Little Guy again. I told him to stay on the phone with me and I asked for more details about his dad.

At that point, I thought The Little Guy said, “Should I call 9-1-1?” I told him to wait until I got there because the seizure didn’t sound bad. Usually, his dad does not need the emergency squad when he has a mild seizure.

But The Little Guy said, “No! I called them already. I thought it was more important to call them FIRST. Then I found your phone number on Daddy’s phone because I know what letter your name starts with now.”

I was floored! Somehow, this five-year-old boy was calm enough in that emergency to think to call 9-1-1 first AND recognize letters he has just begun to learn in school!

I made it home in five minutes. A police officer arrived a few minutes later and the emergency squad right after him. The Little Guy had helped his dad to the couch. Thankfully, it was a very mild seizure.

The police officer and all the squad workers were completely amazed at how The Little Guy handled the situation. As other squad members came in and heard the story, they each said, “Wait. How old are you? Who taught you about 9-1-1?”

To which he proudly responded, “I’m five and I just knew how to call.”

Before they left, one of the squad members gave a teddy bear to The Little Guy for doing such a great job. They told him to stop by at his next football game to say hello.

I couldn’t have been prouder!

I want to thank you so much for sharing The Little Guy’s experience with me. I was not shocked in the least that The Little Guy handled the situation so well. He is an amazing little boy that is very smart and caring. He is very observant in the classroom and very helpful to others in school as well.

I wish he would have been able to share his story during fire safety week; it was very touching and brought tears to my eyes. I am very proud of The Little Guy for handling the situation so well and would like to recognize him in the classroom for doing so. I wanted to first ask you if that would be okay. I was hoping that maybe I could show The Little Guy how proud I am of him by getting him a special little gift. I would also like to share the letter that you sent me with the administrative staff (principal and superintendent). Please let me know if this will be okay. I think that The Little Guy did an amazing thing for his father and I want him to be recognized for his courage and “quick thinking.” I am sure that the firemen who came to school last week would have been amazed by The Little Guy’s story, just as I was.

You are very, very lucky to have such a special boy as part of your family! Please let me know if I can share his story and recognize him in the classroom for his heroic actions.

By all means! Recognize him! There are not enough real heroes. When we find one, we should praise him.