Thoughts About My Dad 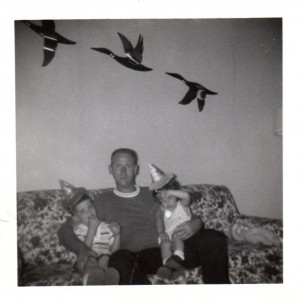 Today is my father’s birthday. He would have been 77, but he passed away. It’s been almost 11 years. You can do the math on how old he was when he left.

My thoughts about my dad have covered a wide spectrum over these 11 years. At first, I didn’t feel anything. It wasn’t that I didn’t care. It wasn’t that I had no feelings for him. It was that I didn’t feel anything regarding his death for a few months. And then it hit me one day and I cried. Stoic during the days of his sickness. Stoic during his funeral. Weeping months later.

I went through a strange phase once the emotions hit me. I did a lot of drinking. By myself. At home. Alone. The strange thing about that is that I did not drink in my younger days. My father enjoyed going to bars to be with his buddies and have some beers. He used to ask me to go have a beer at one of his favorite places now and then. I turned him down. It just wasn’t my thing, and I was busy being a single dad, and a lot of other reasons/excuses. So, it was quite strange that I drank heavily after he died. I remember feeling that it was a way to connect with him then. Somehow I was able to transcend life and death and connect with my dad through a bottle of wine or two.

All that passed. (My liver rejoices.) I’ve remembered a lot about my dad over the years. I’ve come to understand him better as I get older. I now understand why he felt the way he did about certain things and acted the way he acted at times. I’ve been able to connect with him in that way.

To make these thoughts about my dad on his birthday a little fuller, I’d like to direct your attention to two articles I wrote about my dad years ago.

The first is from May of 2001, long before my dad got sick. It’s an article that wonders what life would have been like for me “If My Dad had Died when I was Young.”

The second is an article I wrote three years later in 2004 when my dad was several months into chemotherapy treatment for pancreatic cancer. Please read “It’s Not Like the Movies.”

Interestingly, I did not write an article after my dad died. Given what I said about where I was emotionally back then, it makes sense. But by the end of that year, I did write some brief thoughts addressed to my dad:

I miss you. It was all too soon. Sixty-six was all too young. I wish I would have been in the habit of telling you I loved you BEFORE you got sick. Christmas is coming. I’d like to postpone it until I can find a way to get to where you are and bring you back here with the rest of us. I wish we were closer while you were still here. I wish I wasn’t so angry at you when I was young. I wish I knew how to forgive you back then. I still regret that you were not a very open or affectionate man. Most of what I would have liked to know about our roots died with you. You were the last of the generation before mine. I wish you didn’t take all of your secrets with you. I could have used some of them. But all of that is okay. Thankfully, I did learn to forgive you even before you got sick. I’m happy about that. And I always knew that you never resented my anger. Thank you. I hope that one day we will stand face to face again. Then you can tell me EVERYTHING. Most of all, I just want to hear you call me “Sammy” again.

Happy birthday, Dad. When we stand face to face again, we are definitely going for a beer.