Mars and a Nearly Full Moon Over my Neighborhood

All My Ducks In A Row 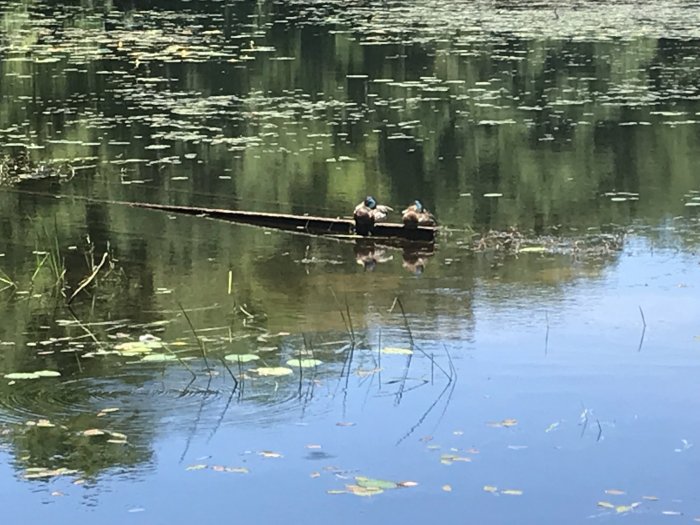 Does the phrase, “I got all my ducks in a row,” have significance if you only have two ducks?

If you only have two ducks, aren’t they in a row by default? The shortest distance between any two ducks is a straight row, right?

So, automatically, everyone has some of their ducks in a row.

Unless, of course, you only have one duck. Then your duck is just lonely. That’s a different problem.

I have two ducks. Two’s company. Three’s a crowd. I’ll keep it simple with two and tell you, “I got ALL my ducks in a row.” As long as you don’t delve into my ducks you’ll never know that things look orderly merely because I’m operating with only two ducks.

The Peonies Have Had Enough

Published On: June 2, 2008
(Originally posted on the website Heron Flight)

Published On: June 2, 2004
(Originally posted on the website Continuum...) I couldn't resist this nice sky on my way to work. I stopped at Point Mountain and took the short hike up the trail to take these photos. (Yes, wearing my tie and all.) It's not much of a hike, only a few minutes or so, depending on how many functioning lungs you have. Continue Reading →

Published On: June 2, 2004
(Originally posted on the website Continuum...) B as in blindspots. B as in brain mush. B as in BLAM, BLAM, BLAM. Three to the head. "Ahhhhhh, Wam, Blam, Thank-you, ma'am!" (Yes, B is for Bowie.) They sneak up on you. They pounce on you. They decapitate you. They wreck your day. Then... You take drugs! Ahhhhhh! Drugs! My morning Continue Reading →
Published On: June 2, 2003
(Originally posted on the website Continuum...) Something to think about... In regard to the US government's and big corporations' influence/control on the media, Norman Solomon (Executive Director, Institute for Public Accuracy) said the following: "In theory, everyone in the United States has freedom to speak his or her mind. Freedom to be heard is another matter." ("Target Iraq: What the Continue Reading →