THE END OF A YEAR IN ONE PLACE 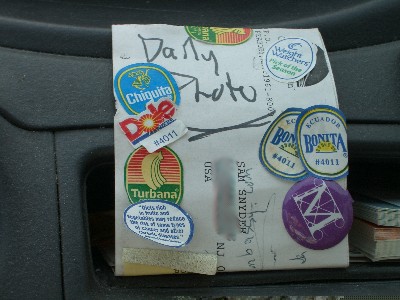 From April 1, 2004 until today, I worked on a daily photo project which I titled “A Year in One Place.” There is a field about 100 feet from my house. On the opposite side of the field is a stream. My goal was to take a photo of this end of the field every day for a year. The photo to the left is a reminder that I put in my car. It now has such character that everyone in the family has agreed that I need to leave the reminder there for good. Yes, I sometimes eat bananas in the car.

Here are some highlights from a year of taking daily photos in this place:

CLICK HERE to see the Year in One Place photo project.