I MISSED SILENT BOB… BUT GOT MY ORGANIC BANANAS 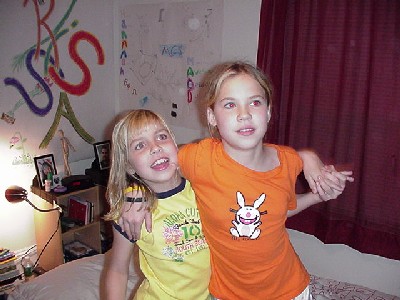 Today my daughters arrived from Georgia for a visit on their spring break. As it has been three months since they were last here, we were very excited to see them again. We had Easter candy prepared for them. We got the movie “The Little Prince” from Netflix, which the girls are now watching as I write this.

We decided to stop at Whole Foods Market on our way to Newark Airport this morning. We haven’t found any decent stores that carry any significant amount of organic foods in our area of New Jersey. We heard about the Whole Foods Market in Millburn. We stocked up on organic juices, vegetables, soup base, snacks. We even got a bag of arrowroot cookies produced by Paul Newman, who, the package informs us, has given over $150 million dollars to various charities. Not too shabby! I hope his cookies are tasty.

Upon leaving the Market, I promptly got us lost. Being a man, I didn’t stop for directions. No surprise there, right? I didn’t even admit that I was lost for the first several minutes of being so. But I must have had that crap-I’m-lost look in my eye and gave myself away. Thankfully, fortune was on my side and I found my way towards Newark soon enough. The fact that the torrential rain had slowed up helped too. 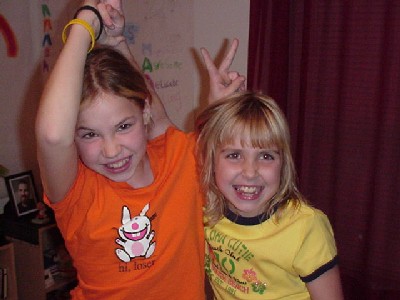 The rain did not help when it came to having the girls fly in today. Their flight was two and a half hours late. They left their home for the airport in Atlanta at 9 AM. They finally got off the plane in Newark at 4 PM.

In the meantime, we shopped at IKEA. WE LOVE IKEA! So many cool things there, including the nifty desk lamp that is shining up my keyboard at the moment. We got a very creative looking shower curtain with various images that appear to be hand-drawn. When the girls saw it, they asked if it was something to color on.

We had quite a wait at the airport. The plane was delayed even longer than we first thought it would be. We shuffled about through the little shops and thoroughly enjoyed a hot caramel apple cider from Starbucks. WE LOVE STARBUCKS TOO! I went through security several minutes before the plane was supposed to arrive. I ended up sitting in the terminal for over an hour! Lucky for me, I had a book in my pocket, “Life, the Universe and Everything” – the third book in the Hitchhiker’s Guide to the Universe. That was all well in good. However, the other half of “we,” the pretty half, saw Kevin Smith coming out of the very terminal in which I was sitting with my nose in a book! Don’t tell me you don’t know who Kevin Smith is! If you don’t know, you must have never seen a good movie in your life, man! His movies are the best. WE LOVE KEVIN SMITH! Click here to see what I’m talking about.

After the airport, we made a quick stop to see a friend who was having an open studio showing of his paintings. He lives in Summit, which turned out to be the area in which we were lost earlier! Driving down the road, we looked at each other and said, “Gee… this looks familiar!” As everyone was starving, we didn’t stay long at the studio.

Half way home from the airport, we ate dinner at a nice Chinese restaurant… after another quick stop at Starbucks in search of madeleines. Don’t tell me you don’t know what they are either! WE LOVE MADELEINES! After dinner, we had dessert at Dairy Queen, where we saw a little red-headed boy slip and nearly cream his face on the floor. If only he had known that he came so close to flying. All he had to do was miss the floor when he fell! Oh well, maybe next time he’ll get it.

That’s it. That was our day, movies stars, painters, clumsy kids and all. 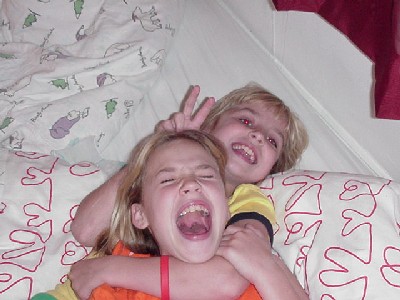